Plans for an ALDI supermarket in Gillingham have moved one step closer after the company lodged a formal planning application earlier this week to build the store.

The proposal to build the 1,254 sq. m store on the Kingsmead Business Park was held up by red tape earlier this year when North Dorset planners said the supermarket chain first had to carry out a detailed assessment of the likely environmental impact before it could ‘validate’ a planning application.

Officials argued that the scheme for the new store was effectively part of the new Southern Extension under which 1,800 new homes will be built and therefore needed what is called an ‘environmental statement’.

But the company appealed to the Secretary of State for Communities and Local Government to get their application validated and heard immediately, and appears to have won its case.

On Wednesday 10 May North Dorset District Council announced on its planning site that ALDI had applied for permission to build a ‘foodstore … with associated access, car parking and landscaping’.

The planning committee at Gillingham Town Council will probably consider the application in the month or so, before it goes before North Dorset councillors for their final verdict.

The plans for what ALDI calls a ‘modest neighbourhood store’ with 108 parking spaces are likely to cause some controversy.

The company carried out a survey of local residents late last year and claims the new store is backed by 82% of those who responded.

‘The local community told us they often have to travel out of Gillingham to buy food, as there is no food store close to their homes to the south of Gillingham,’ the company says.

Seeking to head off objections from local businesses, ALDI’s planning application states: ‘ALDI’s customers generally use other shops and stores, as well as ALDI, in order to fulfil their grocery shopping and local service needs. ALDI is, therefore, complementary to the existing pattern of trade both in existing town centre shopping areas and larger out of centre stores.

‘An ALDI store provides a limited product range compared with most supermarkets and does not compete directly with specialist food shops, newsagents or durable goods outlets.’

However, some still fear that a store on that side of Gillingham will take even more business from the town centre and High Street.

In one formal letter of objection that has been lodged on the planning site, Toby d’Ambrumenil wrote: ‘Gillingham already has a Waitrose, Lidl, Co-op, Iceland and Asda. Why not utilize the old Safeway/Co-op premises on Gillingham High Street? In my opinion, Gillingham does not need a sixth supermarket, but if it is going ahead, then confine it within the existing boundary.’

Thinking of buying a car? Here's what to look for... 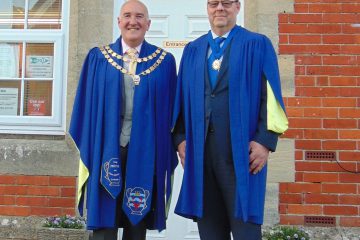