The local conservation action group Mere Rivers is calling on the Environment Agency to take urgent action after the upper reaches of two local chalk streams dried out through water abstraction.
In a letter to the EA, Mere Rivers Group chairman Ian Sheppard says the head waters of both Shreen Water and the Ashfield have ‘no fish, no ducks, no moorhens, no voles and no water’. Wessex Water, which abstracts the water, has brought in a system called ‘abstraction incentive mechanism’ (AIM) which reduces abstraction when water levels are low.

But in his emailed letter Ian Sheppard says: ‘This year Wessex Water have been abstracting less than the AIM amount from the 5th May and still both of the upper reaches of our streams  have dried. The only time we had an increased flow was when for technical reasons Wessex stopped pumping for a week and there was an immediate effect on levels. There was water in the stream. It is very clear that the reduced amount of abstraction is still far too much and we look to the EA to protect our streams.’

He told the EA: ‘You should now reduce the licence permanently to protect our streams.’ Mr Sheppard says they have the support of broadcaster Jeremy Paxman who recently presented a Channel 4 series on British rivers. ‘He has asked to be kept informed of our situation,’ said Mr Sheppard.

An Environment Agency spokesperson said: ‘Despite a wet summer and autumn, groundwater levels are at 70 percent of their long-term average as the aquifer has not recharged yet. This means if Wessex Water was to cease abstraction, flow in the watercourse would improve, but not so significantly that it would return to its full level.

‘The water company operates within the voluntary abstraction limit set and our inspection last week confirmed good flows in the Shreen, despite the groundwater level, and flows which grew rapidly in the Ashfield below the Mill at Burton. The combined flow in town also looked healthy.

‘Ducks and water voles are usually present in Mere, the latter seen last winter. So we hope water voles will return this winter. We cannot say long-term damage has been done to the watercourse because of the groundwater situation, but trout fry and bullhead are present.’

However, that response did not satisfy Ian Sheppard. ‘I am not sure what part of the streams they walked as the head waters of both are dry,’ he said.

Wessex Water’s head of water resources Aimee Shaw said: ‘Despite a somewhat showery summer, rainfall over the last 12 months has been below average and in October we had about half what we might expect for the month.

‘River and groundwater levels remain below-average in some parts of our region as they tend to be influenced by autumn and winter rainfall, and this will inevitably affect the streams in Mere.

‘We work closely with the Mere Rivers Group and we’ve listened to their concerns. We’ve been sharing information with them and the Environment Agency of changes we make to the amount of water abstracted.

‘The amount of water that we abstract from the local environment is tightly regulated and, in fact, we’re currently trialling a system at Mere which means abstraction is nearly halved at times of low groundwater and flows.’

Wessex Water added that it is working with customers to reduce water supply demand. Households in Mere will shortly be receiving details of its free Home Check service, which involves checking properties for leaks and fitting water efficiency devices. 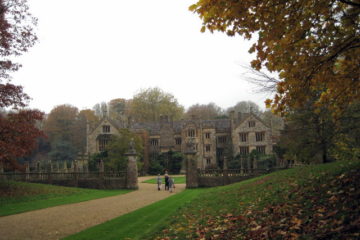