Gillingham Town Council has called for witnesses to come forward after acts of vandalism were carried out in broad daylight to parts of the town centre, including to a display to mark the town’s hugely-successful Platinum Jubilee celebrations.

Coping slabs were pulled off the wall around the oak tree near the bridge in the centre of the town.

Flowers were also ripped out of the Jubilee flower display opposite the Town Meadow.

Some of the slabs and flowers were then thrown into the River Stour.

The incident took place on the morning of Monday 6 June and the Town Clerk Julie Hawkins raised the issue at a council meeting that same evening. ‘It’s now in the hands of the police,’ she told members of the council’s general purposes committee.

Committee chair Councillor Mick Hill said he was almost ‘lost for words’ over the vandalism.

In a statement the council said: ‘We are appealing for witnesses and any dashcam footage to an incident that happened this morning, Monday 6 June.

‘Substantial damage has been caused to the wall surrounding the oak tree adjacent to the Town Bridge in Gillingham High Street. Flowers were ripped out of the Jubilee flower display opposite the Town Meadow and were thrown into the river.’

Serena Burgess, Projects and HR Admin Officer at the council, told Gillingham News: ‘It’s heartbreaking, the groundstaff worked really hard last week so that this part of the town looked at its best, it was a focal point for the Jubilee celebrations.’

Dorset Police said in a statement: ‘We received a report at 2.44pm on Monday 6 June 2022 relating to a group of teenagers causing damage to a bridge by removing coping stones and throwing them into the river in Gillingham town centre. Officers attended and carried out a search of the area but the individuals involved were not located.

‘It was further reported that damage had been caused to a wall and a flower bed in the High Street.’

The statement continued: ‘Officers are carrying out enquiries into these offences, including a review of CCTV footage, and there are liaising with Gillingham Town Council.

‘Officers from the local neighbourhood policing team will be providing an increased visible presence in the area and can be approached by members of the public with any information or concerns.

‘We would also urge people to act responsibly near open water and stay away wherever possible due to the potential dangers of such activity.’

Anyone who may have witnessed the incident is asked to contact Dorset Police or Gillingham Town Council quoting crime reference 348. 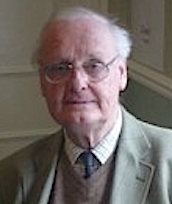