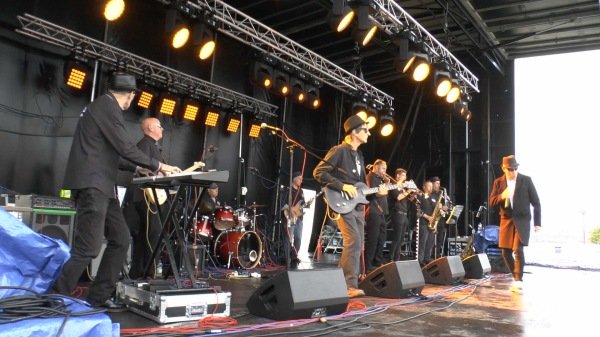 The entertainment line-up for RiversMeet’s The Spirit of Christmas Fair is all about the local with nine of the area’s best loved bands performing over the three days – and there’s something for everyone with great covers bands playing everything from Ska to country and rock.

It’s all kicks off on the Friday evening, December 6, at 7pm with Trinity, a band that plays a mix of Ska, punk, indie and rock covers.

Next up is The Tokamaks, an up-tempo five-piece band performing covers and originals from Ska, Northern Soul and 60s beat and their set list includes a mix of originals and classic covers to get you up singing and dancing.

On Saturday, December 7, Jesus Adam starts proceedings in the marquee, performing a range of covers, and some originals and ‘many a mashup’, with tunes ranging from those by Johnny Cash to Jamie T. He is followed by local singer/songwriter Connor Smith who does a mixture of covers and his own music.

Late afternoon 2 Foot Moose take to the stage to let loose their brand of rock. This Gillingham-based five-piece band will perform popular classic rock and modern covers and the trio of guitars ensure a fabulous sound.

The headline act of the day is the ever popular Big Brass Ska Band (pictured above) whose philosophy is simple: every piece played must encourage the audience to get up on their feet and dance. To guarantee this, the 10 musicians play music across many different styles including rock and roll and punk, with hits from bands such as the Specials, Madness, Bad Manners and more.

The SongSmithS are Derek, Pete, Vaughan, Will and Alan and this popular North Dorset band will be playing original songs that are influenced by everything from rock and roll to modern day on Sunday, December 8, from midday.

The last band of the event is Kharma Alarm, a four-piece cover band whose music is mostly rooted in a melodic guitar, playing acoustic-style versions of popular songs from the 1960s to the present. They have been described as a ‘party band’ playing a selection of music that is reminiscent of warm summer evenings.

Get your dancing shoes on!

** What else is on at The Spirit of Christmas Fair 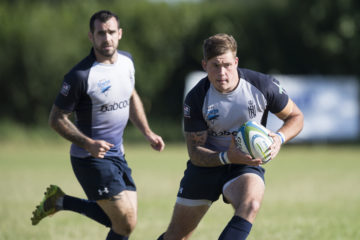