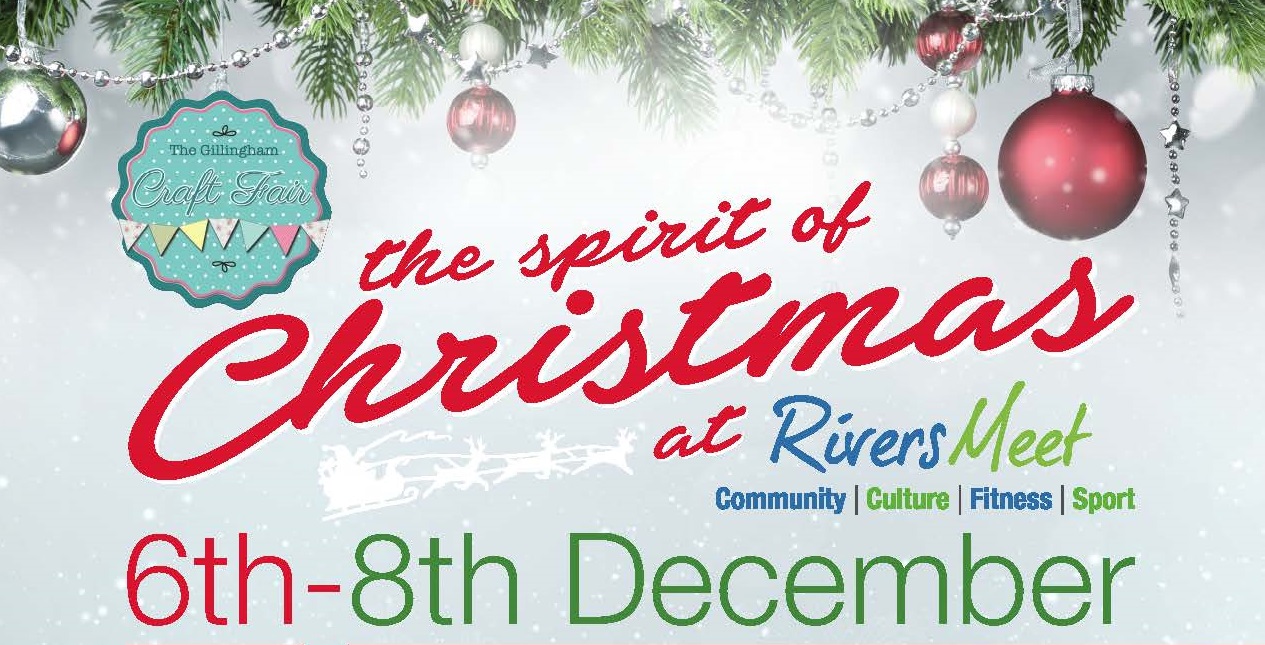 Put these dates in your diary now!
After the great success of last year, for 2019  The Spirit of Christmas Fair at RiversMeet Leisure Centre is even bigger – it kicks off on Friday evening, December 6, and continues on Saturday and Sunday, December 7 and 8.
It’s  the first time the event will be more than one day. ‘It’s going to be massive!’ says Alan Waistell, General Manager of RiversMeet. ‘The biggest event in Gillingham in the year.’
The event will boast craft stalls, live music from bands and choirs, and great food and drink including local real ales and ciders plus a gin bar. For children, there will be a crafting area, Santa’s Grotto and petting farm.
All profits from the fair will go to the Blackmore Vale Boxing Cub and Gillingham Town Football Club. ‘It’s the first event we’ve held where it’s charity to charity,’ says Alan Waistell. ‘Now that we are financially sustainable ourselves, we can start to give support and help to the community in the way that we have been supported since we opened. We want to say thank you and to give back.’
The two charities were chosen to be beneficiaries because they are the centre’s near neighbours. ‘And because they need help – the ring at the boxing club dates back to 1978!’ says Alan.
Parking for the event will be in Gillingham School.
* The Spirit of Christmas at RiversMeet, December 6 – 8. See programme below. 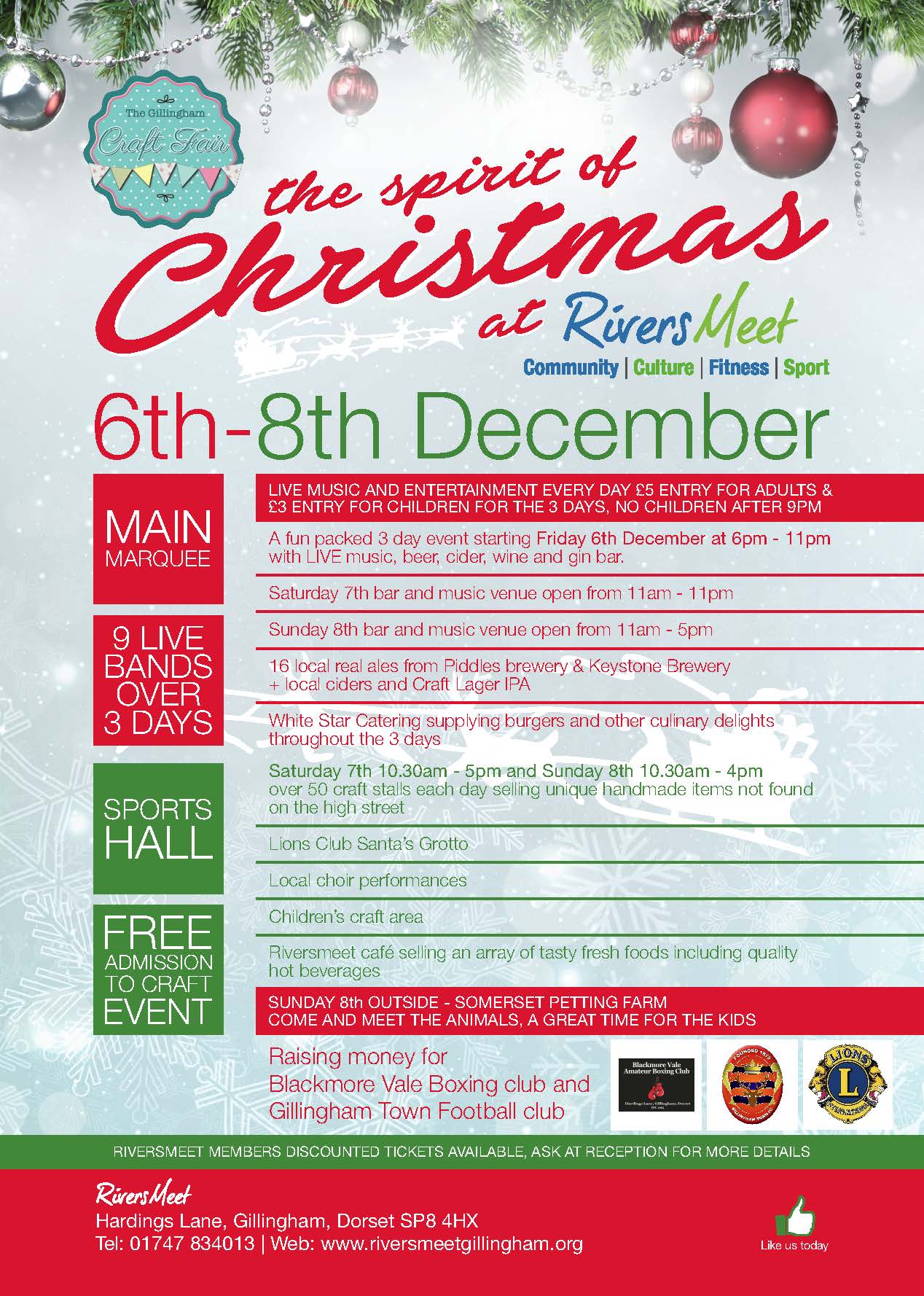