Residents in Gillingham’s Church View are worried that the work to build a new cycle path along Le Neubourg Way will leave them virtual ‘prisoners’, unable to drive out of their mini-estate onto the main road.

They say that to turn right, residents driving onto Le Neubourg Way will have to cross a cycle path, cars heading towards a traffic light in one direction, then cars heading the other way towards new traffic lights outside Waitrose and finally another cycle lane as well.

They say that in particular the new traffic lights plus a new filter lane into Waitrose will have a major impact on the residents of Church View, which has 63 homes, around 150 residents and as many cars.

‘The main road will be very narrow, especially when the big heavy lorries need the extra width,’ say residents Jane Price and Anne Kings, who live opposite each other. ‘With so much traffic and so many cyclists to look out for it’s really a very worrying situation.’

They continue: ‘If you’re turning right, why will traffic stop for you when they are heading towards traffic lights? How on earth will we be able to get out onto this road – we’ll feel a bit like prisoners!

‘The traffic, plus cyclists from the left will already be getting filtered into two lanes, and with traffic plus cyclists coming from the right it will be impossible. No one will give way to allow us out. It was a problem before – and now it’s going to be worse.’

They are also worried that when driving from the Wincanton/Mere direction residents will hold up other motorists as they try to turn right back into Church View. ‘We’ll no longer have our dedicated filter lane, that will no longer exist,’ they say. ‘We can predict some very angry drivers in cars behind us because we will be holding up drivers who intend to filter into the Waitrose dedicated lane, plus the drivers going straight on.’

Jane and Anne are writing to other residents about their concerns and have taken up the issue with Dorset Council, who are carrying out the works. However, they have already been told by one official that residents will just have to ‘wait and see how it goes’.

They have also raised concerns about the fact that there will be no traffic island to make it easier for pedestrians to cross.

Another issue they have raised is the state of the bank outside the entrance to Church View, which had to be cut back to ensure visibility for the new cycle path. On one side there is a smart retaining wall but on the other (see photos) the bank has been sliced through, exposing the roots of trees.

‘They did that bit first,’ say Jane and Anne. ‘We’re still hoping they will put a retaining wall in there too. At the moment it’s a mess, and it’s also like a precipice so we can’t plant there.’

Jane Price, who is herself a landscaper, said the removal of shrubs on that bank had increased noise and light pollution for some residents. ‘This ridiculous bank has been savagely created, with no respect to the existing vegetation,’ she said. ‘It’s not fit for purpose and the original bank needs to be reinstated with the help of a retaining wall, so it can be planted up to eventually give us back the protection we need.’

Gillingham mayor Barry Von Clemens told Gillingham News that he understood that the highways department at Dorset Council had had conversations over this matter with some of the local residents .

‘Councillor Val Pothecary and I are trying to arrange a virtual meeting with highways to talk with them about the concerns raised by the local residents, and we hope to do this as soon as possible.’

Dorset Council had not responded by the time this story was published. 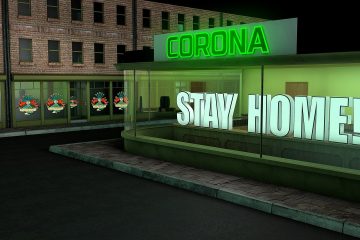