A Coroner’s jury sitting in Bournemouth has returned a verdict of accidental death on both the pilot and his passenger after the Tiger Moth aircraft in which they were flying crashed near Compton Abbas airfield.

The accident happened in August 2017 when the vintage aircraft had taken off on a pleasure flight piloted by experienced pilot Christopher Nicholls, 64, of Farnham with passenger Peter Stacey, 67,  from Shaftesbury who was making his first flight.

Witnesses, who included Mr Stacey’s family, described the aircraft making a normal approach to land back at the airfield when it suddenly pitched nose down and dived at a steep angle into a cornfield at the eastern end of the airfield and burst into flames.

Both occupants died as a result of their injuries and the fire which totally destroyed the aircraft.

The flight in the 1935 biplane was  a gift to Mr Stacey from his family.

Jury members listened to four days of intense evidence, including that of the Air Accidents Investigation Branch (AAIB) who, in their long investigation, could find no reason for the aircraft to have crashed.

Clive Hughes, director of DH Heritage Flights that owned the Tiger Moth and runs Compton Abbas airfield, said: ‘The loss of two well-loved and respected people is a tragedy and not knowing what really happened is frustrating for everyone.

‘DH Heritage Flights offer their heartfelt condolences to the relatives of the deceased.’

Stones from Scotland helping to save Dorset's Jurassic Coast 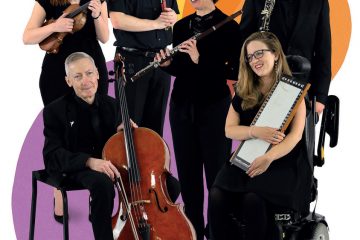