Councillors in Gillingham are to debate planned changes to car park charges in Dorset after hearing that the cost for some users could double.

Dorset Council says it intends to charge from 8am to 8pm, Monday to Sunday in all its public car parks, which will mean a longer charging day and charging on Sunday.

Last Monday the issue was raised by councillors at the end of a full meeting of Gillingham Town Council, with Councillor Sharon Cullingford saying she was ‘disappointed’ over the likely impact of the changes in Gillingham, where parking charges run to 6pm.

She said that for long-term parking the charges could increase from £1.80  to £4 a day which would hit workers driving into the town on a daily basis. ‘I think that’s totally unfair,’ she told councillors.

Councillor Val Pothecary pointed out that workers who had to park every day in the town could buy parking permits.

Councillors agreed that the issue should be debated and it will be discussed by the town’s general purposes committee on Monday 2 November.

* Dorset residents are being asked for their views on a new parking permit.

The permits would provide what the council calls a ‘money-saving, convenient and cash-free way’ to park in Dorset Council-owned car parks around the county.

Residents in the former West Dorset District Council area have been able to purchase permits for several years. All Dorset residents are now being asked if this should be extended across the Dorset Council area, or if the existing scheme should be brought to a close.

It is estimated the cost to Dorset Council for the permits would be at least £50,000 per year (from administration and reduced parking revenue). However, with many town centres struggling due to COVID-19, the introduction of shopper’s permits could encourage people to visit their local towns more frequently.

Councillor Ray Bryan, Dorset Council Portfolio Holder for Highways, Travel and Environment, said: ‘Western Dorset residents been able to purchase shoppers permits for several years, and we are asking people across the county if this is something they’d also like to benefit from.

‘Offering residents a convenient and cost-saving way to park would encourage them to shop locally, supporting businesses and breathing life back into our high streets at a time when many shops are struggling.

‘However, it could have a financial impact on the council through reduced revenue and administration charges, and we want to know how people feel about this too. Please give us your thoughts by taking part in the consultation.’

The current Shopper’s Permit is a cardboard disk which is displayed in vehicle windscreens. The new permit may be virtual where the registration number allows access for a set period in short stay car parks.

The consultation runs from 30 October to midnight on 6 December 2020. It will take approximately 5 minutes to complete. Take part at www.dorsetcouncil.gov.uk/shoppers-permit-survey

Paper copies of the survey will be available in Dorset libraries from early November. Please phone ahead before visiting or check www.dorsetcouncil.gov.uk/libraries for opening times.

Shopper’s parking permit holders in the former West Dorset District Council area currently get 2 hours’ parking per day (or 3 hours if a disabled badge is also displayed), 7 days a week.  At extra cost to the purchaser, the permit can be used in a second vehicle but not on the same day. The consultation asks if shoppers would like the permit to allow them to park for more than 2 hours. If a decision is made to stop the scheme, the western Dorset permits will remain valid until their expiry date. 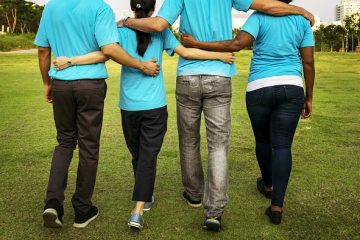