Councillors call for accident and emergency hospital for Gillingham and Shaftesbury

Town councillors say that ‘serious consideration’ should be giving to creating a hospital with an accident and emergency department and an ambulance station between Gillingham and Shaftesbury.

They say that with existing hospitals all more than 20 miles away, ambulances are currently unable to arrive and take local residents to a hospital within an hour. Councillors also point out that because of planned housing developments the combined population of the two towns and surrounding villages is set to grow to around 28,000 over the next decade and a half.

‘It is quite usual for ambulances to take one – two hours to attend an emergency call,’ councillors on Gillingham Town Council said in a statement.

And they add: ‘Given the taxes paid, it is an irrefutable fact that our residents are woefully disadvantaged by living in Gillingham. Time, effort, and money must be found to redress this inequality and plans put in place to remedy the situation – before further housing developments are proposed and built.’

The councillors’ comments came in a written response by the town council to the consultation on the proposed Dorset Local Plan which, when adopted, will be the development blueprint for the county from 2023 to 2038.

That response, which was approved overwhelmingly at an extraordinary meeting of the Full Council on Wednesday evening, supports aspects of the Local Plan but is critical both of some specific policies involving Gillingham and also the Plan’s overall approach – which councillors say reads more at times like a ‘wish list’ than a ‘strategy’.

And the response is very critical of the Plan’s housing vision for Gillingham; not just the proposal for new homes off Common Mead Lane but also the idea of up to 600 houses to the west of Peacemarsh at some time in the future.

The councillors state: ‘To add any more large developments on top of those already applied for would change the character of Gillingham beyond recognition. In particular, the addition of 600 homes north of Wavering Lane – west of Peacemarsh – would create a separate community, virtually a suburb of Gillingham.

In their response Gillingham’s councillors also say they want it to be made ‘crystal clear’ that the Southern Extension is to be the town’s only ‘major urban extension’.

They also urge more provision of affordable housing in existing and future developments. ‘The policy requires a mix of market and affordable homes with a minimum of 25% of overall number of dwellings being delivered as affordable homes,’ the councillors state.

Members of Gillingham Town Council are broadly supportive of the Plan’s approach to care facilities for the elderly. But it says that the consultation document does not provide the evidence to support the idea of a ‘care village’ being sited within the Gillingham/Shaftesbury area when ‘there appears to be adequate housing provision for the elderly’.

Dorset Council is building a care village or ‘Community integrated care hub’ in the Bridport area and says there is an ‘identified need’ for a similar scheme in the north of the county.

On other areas, Gillingham’s councillors express concern about the lack of public transport, a problem which will ‘only get worse with the planned future development’. They add: ‘Consideration should be given to a robust policy to enable a network of safe efficient and low carbon transport to be incorporated into every single area of Dorset planning policy.’

The councillors also push the Plan to go further on green issues. On renewable energy they say that solar panels are more suited to the Blackmore Vale area. ‘Gillingham Town Council do not believe that wind developments are appropriate for the Blackmore Vale,’ they note. They also call for the ‘specific provision of a college of further education’.

The consultation on the draft Local Plan continues until 15 March.

New electric vehicle chargepoint ready to use in Gillingham

Councillors call for accident and emergency hospital for Gillingham and Shaftesbury 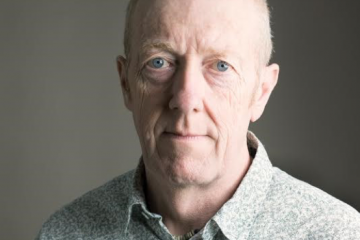