Plans to turn the former Co-op store off Gillingham’s High Street into 42 homes, including 30 flats, four homes and eight assisted living apartments, have been opposed by councillors in the town.

Members of the town council’s planning committee heard that the owners of the site – which was most recently a car park – want to create a residential development, complete with a ‘village square’, ‘village green’ and small commercial area.

However, Councillor Barry Von Clemens told fellow members of the committee on Monday evening that he had concerns about parking and particularly traffic. ‘The traffic will feed into this junction from a very busy part of the High Street… there will be 42-plus cars added to the rush hour. It’s quite a concern,’ he said.

Councillor Von Clemens also regretted that while the proposals contained assisted living apartments, they included no affordable housing, something which was ‘vital for the town and for the community’.

He also raised concerns over the three-storey building that would overlook Buckingham Road. ‘That’s a substantial frontage to go there …A three-storey modern block does not fit in with the character of Buckingham Road,’ Councillor Von Clemens added.

He also felt that the residential offering on the site was ‘not really proportionate’ with the amount of retail space. ‘Maybe the developer could think again and reduce the number of units and take that commercial unit and make it into a small community centre – that’s just a suggestion,’ he said.

Councillor Roger Weeks accepted that something needed to be done with the site, whose main building has been unoccupied for around a decade. But he added: ‘In terms of the character of the town centre…. I would say [the proposed development] is probably out of character. It’s a very big brick box plonked on the edge of the High Street.’

Members of the planning committee voted unanimously to recommend refusal of the application, which will now go to Dorset Council for its decision. 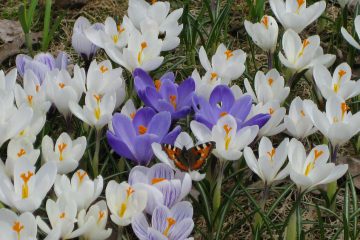