Councillors have raised concerned over what they called the ‘dangerous’ new cycle way that has just been completed along Le Neubourg Way in Gillingham.

Councillor Sharon Cullingford said the issue concerned the section of the road where cyclists and pedestrians shared the pavement area.

She told the town’s planning committee that when driving along the road she saw a woman with a pushchair and two young children faced with three cyclists coming along the same shared pedestrian/cyclist pavement.

‘The cyclists were following each other and they were all permitted to go on the pavement. But it was a near disaster,’ she told Monday evening’s online meeting.

‘How did we allow that to go through if it wasn’t wide enough?’

Councillor Mike Gould said that as a cyclist he echoed Councillor Cullingford’s concerns. ‘This is an ongoing issue. I just hope people are responsible when they get on their bikes and also that pedestrians are aware.’

He added: ‘This is a new bit of road and lots of money has been spent. I’m not impressed with it, unfortunately. I think it’s just a dangerous bit of road now but it’s always been dangerous.’

The committee’s chair, Councillor Val Pothecary, said that that there was an issue ‘particularly in the fact that cyclists don’t have bells any more, and you can’t hear them coming’.

The mayor Barry Von Clemens, a member of the committee, said that as a pedestrian he did not understand the system at all. ‘Because you’ve got a shared footway/cycleway with a cycle lane beside it.’

He said that the situation at Newbury was of even greater concern. ‘There are little bits of cycle path that appear here, there … I just stood there in total bewilderment as to exactly where the cycleway was. One just went straight into the middle of the roundabout. It was unbelievable! One poor bloke on his bike nearly got squished.’

Councillor Pothecary said she had been contacted by cyclists about the dangers.

Councillor Von Clemens also read out a letter written by Emma Baker from Dorset Council’s highways department when a local resident raised concerns about the new cycle way on Le Neubourg Way and the fact that in some parts cyclists and pedestrians share the same path.

He said: ‘Emma responded as follows: “On Le Neubourg way we are constrained by the road width especially over the bridge, therefore the scheme has incorporated both on-road cycle ways where we have been able to widen the road and shared use footways and cycle ways where we are unable to widen the road. We don’t specifically segregate pedestrians and cyclists on most of our shared use paths because they are usually 3m or less in width. This is too narrow for segregated users.  All users of shared use paths have responsibilities for the safety of others they are sharing space with. We often find that where there is a dividing line separating cyclists from pedestrians there can be more conflict if users are not keeping to the appropriate side.”’

Councillor Von Clemens said that Dorset Council had also promised there would be a safety audit over the impact of the new work. Councillor Pothecary said: ‘We are in their hands but that doesn’t mean to say that we haven’t got a voice.’

Councillors will collect comments and observations from members of the public and pass them on to contribute to the safety audit.

New street market could be 'great event' for Gillingham 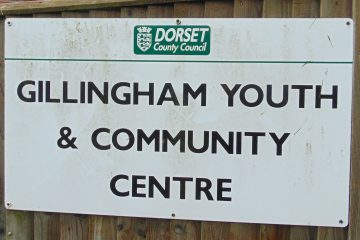