Councillors have voted against a plan to consider buying larger ‘Welcome to Gillingham’ signs despite claims that the recently-installed ones are ‘too small’.

The signs were put up at the main entrances to the town at a total cost of £3,119, with the money coming from a £70,000 legacy fund that was provided by the former North Dorset District Council to improve the town’s ‘gateways’. The deer on Gillingham’s roundabouts were also paid for from this fund.

However, at a meeting of the town council’s general purposes committee on 7 March councillors were asked by the Gillingham Gateways task group to look again at the issue of the signs, on the basis that the current ones were not big enough.

‘The group, with the exception of Councillor Graham Poulter, agreed that the cost of bigger signs should be investigated as the new ones are considered to be too small,’ the group said in a report delivered to the committee.

However, Councillor Poulter, addressing fellow councillors on the general purposes committee, said he felt ‘very strongly’ on the issue and urged that the issue should be dropped.

The decision to put up the new signs had been approved by full council, ‘each and every one of us’, he said. ‘If this recommendation is approved we are saying that we consider we made a mistake or at best a misjudgement, and that we will spend more money to put our mistake right. In my book that cannot be right,’ he added.

‘We are wasting our money and for what? On somebody’s opinion that these signs are too small. They may be, but we made that decision. We ought to stand by it.’

Councillor Poulter said that someone on the task group had suggested that as any additional costs from buying bigger signs could be met from ‘earmarked reserves’ – the £70,000 from North Dorset – there would be no impact on the town council’s budget. But he said: ‘The £70,000 is public money. I don’t know where it came from but it’s public money.’

It was also suggested at the committee meeting that the signs had ultimately been paid for by Dorset Council rather than from the North Dorset funds. But Councillor Poulter said: ‘It’s still public money which was spent and which we approved. It makes no difference to the principle, it’s public money.’

Councillor Roger Weeks said he drove past them regularly and had no issue with the signs as they are. ‘They do the job,’ he told the committee meeting.

Members of the general purposes committee agreed a proposal that the ‘cost of larger “Welcome to Gillingham” signs is not investigated and that no further action be taken in that regard’. 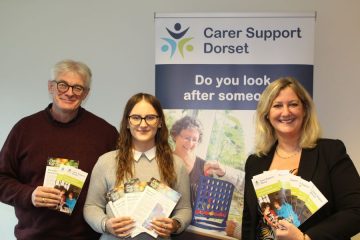