Councillors to discuss possible plans for technology college in Gillingham

Councillors are to discuss whether tentative plans for a new technology college for North Dorset could be based in Gillingham.

The council has received a letter from the head of a not-for-profit company Equilibrium Youth Work, a mentoring service for children and young people across the whole of Dorset, who says he wants to explore the idea of a technology college for this part of the county.

In the letter director Paul Williams says: ‘I have long held the belief that the young people living in North Dorset would benefit greatly from a local technology college, to provide them with the knowledge, skills and qualifications they need going forward in our ever-increasing technological world.’

He continues: ‘By a technology college, I do not mean a technical college, indeed this college should concentrate on future technologies not those of the past like car mechanics and hairdressing! A college that focuses on bio metrics, artificial intelligence, robotics, augmented reality, quantum computing, renewable energies, to name just a few.’

Mr Williams says that he is hoping that the ‘levelling up fund’ announced by the chancellor Rishi Sunak ‘could potentially pay for the construction of such a major resource’.

The company boss says that he first raised the idea of such a college a few years ago but could not secure the necessary funding.

In his letter to local councils he concludes: ‘I do hope that councillors share my belief in the benefits a college of this type could bring to the area and would be more than happy to help explore the viability of an application under the “levelling up fund” should anyone wish to pursue it.’

And speaking later to Gillingham News Mr Williams confirmed that Gillingham would be the natural choice for such a college.

‘Gillingham would be the priority option. It’s got the railway station, has a good communications network and good internet. It make sense,’ Mr Williams said.

The idea was immediately given a warm reception by councillors on Gillingham Town Council at an online meeting on Monday.

‘Should it come to fruition the town would welcome it. I think it’s a great idea,’ Councillor Val Pothecary told the meeting of the full council.

Councillor Mike Gould said that ‘a college of his nature would be invaluable for the town …  it’s well worth pursuing’.

And mayor Barry Von Clemens told the meeting: ‘It’s definitely something that the young people of the town – in fact  everyone in the town – could benefit from.’

The issue is to be put on the agenda for a full debate at the next full council meeting in January.

Dorset to remain in tier two for Covid restrictions

Councillors to discuss possible plans for technology college in Gillingham 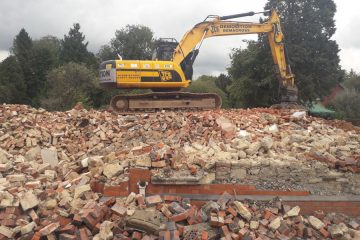