Councillors vote against plans for large solar farm next to Gillingham

Councillors have voted against plans to locate a large solar farm on the edge of Gillingham, next to the planned Southern Extension and in the middle of the Royal Forest area.

Though members of Gillingham Town Council’s planning committee all supported the need for green energy, they said the proposal would impact the Royal Forest non-designated heritage area and also harm the views from Shaftesbury.

‘I see this as a blot on the landscape,’ Councillor Sharon Cullingford told fellow councillors on Monday night.

The planned solar farm, which would include battery storage, would be called the ‘Fern Brook Solar Farm’ and would cover just under 100 acres of land near Ham Common east of the town.

In their application the applicants, Fern Brook Solar Farm Ltd from Exeter, state: ‘It is estimated that the solar panels would generate approximately 45 MW peak, enough to power approximately 14,950 homes. The battery storage system would charge at times of low demand and export power onto the electricity grid at times of high demand or when solar irradiation is low.’

They also say they have taken account of local concerns about the impact on views and heritage. ‘The Applicant has listened to the views expressed by consultees, including the local community, and has made changes to the Proposed Development to help address and mitigate concerns,’ states the application.

However, councillors said that while they accepted that the developers had tried to mitigate some of the concerns, and while they supported the need for green energy to combat climate change, they felt the location was simply wrong for a solar farm.

‘I do think it’s being put in a insensitive location,’ said Councillor Cullingford. ‘When you come down from Shaftesbury and look across three counties Somerset Dorset and Wiltshire … It’s a tremendous view. And I see this as a blot on the landscape.’

Councillor Barry Von Clemens said he thought the application breached both policy 22 of the current Local Plan on planning rules an also breached rules protecting the Royal Forest, which is increasingly seen as a tourist and heritage site for the area.

‘Yes, it is about solar energy, green power and climate change. But that should not run roughshod over other aspects of planning regulations and our own heritage assets and our countryside, things which we also have to weigh up,’ he said. ‘The applicant has tried to mitigate these but I still do have those concerns.’

Committee chair Councillor Val Pothecary admitted it was a ‘difficult’ issue to balance. ‘I know in our hearts we all want to support green energy.’

Councillors voted to recommend refusal application; it is now down to Dorset Council whether to approve or reject the project.

Councillors vote against plans for large solar farm next to Gillingham 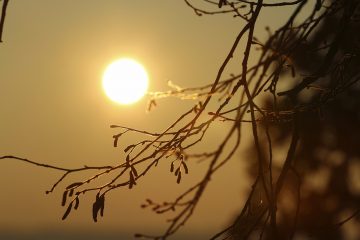