The supermarket chain ALDI say they are forging ahead with their plans to build a store in the south of Gillingham and point to public support for the project, despite local councillors voting to reject it. Members of the town council’s planning committee last month voted overwhelmingly against the plans to site a store at Park Farm on the Kingsmead Business Park on the grounds that it would increase traffic congestion, was against local development plans, was out of scale and lacked adequate parking. Some councillors also raised fears that the store would harm the trade of town centre shops.

But ALDI insists that many local residents, especially those on the Shaftesbury end of the town, are fully behind the plans for a store which would mean avoid the need to drive to the town centre for basic shopping. Recent comments on the North Dorset planning site are also mostly supportive of the project. A spokesperson for ALDI said: ‘Whilst we know some local people have expressed concern at ALDI’s plans, the majority of feedback we have received has been very positive.’ They said that the application was yet to come before the planning authority North Dorset District Council, who have the power to accept or refuse the plan.

At the Town Council’s planning meeting last month ALDI’s representative Alan Williams said the scheme would bring ‘substantial investment’ into the area and ‘bring a vacant and underused site into beneficial economic use’. He cited the reaction of locals to plans which would ‘allow people to walk and cycle to the store, reducing the need to travel further afield’. Mr Williams said: ‘Members of the public have also stated that they will still continue to use shops in the town centre as no one shop sells everything.’

He noted: ‘The proposed store will be complementary to both existing shopping provision in Gillingham and the  new local centre that is proposed on the Shaftesbury Road corridor.’ This was a reference to the planned South Extension in that area of town that will see 1,800 home built over the coming years.

However, planning committee chairman Councillor David Walsh read out an objection from North Dorset’s Senior Planning Officer (Major Projects) Robert Lennis, who said that the ALDI store was designed to service residents of the new development but would have to attract customers from further away before those new homes were built. These would come from Shaftesbury or other parts of Gillingham, even though no highway improvements have yet been proposed. He said the company had not considered alternative sites in Shaftesbury.

Councillor Mick Hill suggested Gillingham already had enough supermarkets and said he could not see any advantage to the scheme. ‘The middle of the town is dying as it is, it needs investment in the middle of it, and not so much on the outskirts.’ Councillor Val Pothecary said she would be worried about the impact of the store on traffic if it encouraged people to leave the centre of town to go to ALDI. ‘Trying to navigate through that stretch of road at the moment is bad and if people are leaving the town to shop … it is just going to exacerbate the problem,’ said Councillor Pothecary, who said she would prefer to see the old Co-op site in the town centre developed. Alan Williams said ALDI had considered that location but it was not big enough.

Councillor Walsh said he wished that the applicant and the landowner had discussed the issue with the consortium behind the Southern Extension, who were working to ensure that there was sustainable retail development in that part of town but nothing that would ‘detract from the town’. He said: ‘I just wish everyone could work together and not build a store that is in isolation and will not fit with the rest.’ Councillor Barry Von Clemens said he was impressed by the design of the store and its emphasis on renewable energies but said he was worried about the lack of parking and was concerned that ‘overflow’ parking could harm other local businesses.

In a statement to Gillingham News ALDI said the retail provision in the planned Southern Extension would ‘not be sufficient’ to service existing and future residents. ‘The ALDI store will improve the retail facilities for these residents and reduce the need to travel. It is unlikely to draw people from further north through the town centre,’ said a spokesperson. ‘We are confident that ALDI would complement other businesses in Gillingham, providing a different offer to town centre stores and attracting more people back to the area.’ 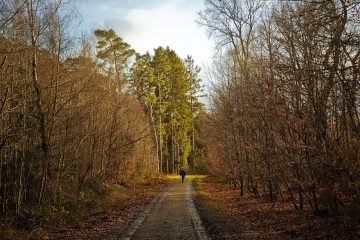