The extra powers would include the ability to ban dogs from enclosed children’s play areas and from designated sports pitches, to force owners to put their dogs on leads in formal gardens and cemeteries, enable dog wardens to require ‘out of control’ dogs to be put on leads, and for leads in designated areas to be a maximum of two metres.

The proposals are contained in a document recently approved by North Dorset councillors which has now gone out to public consultation and which has also been sent to local town and parish councils, including Gillingham and Shaftesbury.

Dog wardens already have a new power to impose on the spot fixed penalty notices on the owners of any dogs they see fouling a publicly area, after the old North Dorset dog fouling designation order officially became a public spaces protection order or PSPO on 20 October.

But if after the consultation North Dorset adopts these new proposals it will give each town and parish council the right to apply extended restrictions on designated local areas. Councillor Andrew Kerby, Cabinet Member for Community Safety and Wellbeing at the district council, said the issue was one of public safety. ‘My view is that I don’t want dog mess around where there are children,’ he said. ‘This is not about bad dogs, it’s about ensuring that irresponsible owners are picking up after their dogs. We know that dog muck is unhygienic as well as incredibly smelly and antisocial.’

Councillor Kerby said two parish councils had already said they want designated areas in their villages to be covered by the wider restrictions and he urged more councils to come forward if they also want greater powers against dog fouling in set locations. ‘It’s up to the towns and council to come forward now. I want every single town and parish council to write to me and say yes or no,’ said Councillor Kerby.

The councillor welcomed the new powers that came into effect in October allowing dog wardens to hand out fixed penalty notices. ‘It’s really frustrating for us as a council because under the system as it stood, if we wanted to prosecute someone we had to witness a dog defecating on the street and then go to the magistrates and that can take 10 months or so,’ he said. He said anyone who felt they had been unfairly handed a ‘fine’ could appeal to magistrates, and said dog wardens could use their discretion, and would certainly not be on a commission encouraging them to issue more penalty notices.

Councillor Kerby also said they would be able to act more on ‘local intelligence’ against dog owners suspected of allow their pets to foul public places and not clearing it up, perhaps by sending letters to the owners concerned.

Contacted by Gillingham & Shaftesbury News, both Gillingham and Shaftesbury town councils said the issue would go before councillors to decide whether to make use of the new PSPO provisions in their areas. Sylvia Dobie, town clerk in Gillingham, said they already have ‘polite notices’ in children’s play areas banning dogs, though said she was not sure if they could currently be enforced. ‘This could give us a bit more back up if we needed it,’ she said of the new orders.

Claire Commons, town clerk in Shaftesbury, said the issue would be on the agenda of the recreation, open spaces and environment committee later this month. Its vice-chairman, Councillor Luke Kirton, was unsure of how necessary the new orders would be. ‘Most dog owners seem to be responsible so I’m not convinced there’s a need for greater restrictions,’ he said.

However, Shaftesbury landscape architect and dog owner Bernard Ede was very much in favour of greater restrictions. ‘Most dog-owners are responsible and pick up their dog’s mess but a few are not and they spoil it for everyone else,’ he said. 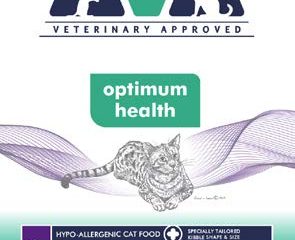