Developers have drawn up plans for up to 800 houses at a site west of Peacemarsh in Gillingham on which they say construction of the first homes could start by 2027 or 2028.

The Vistry Group – who include brands such as Bovis Homes and Linden Homes – and Hallam Land Management recently met staff and councillors at Gillingham Town Council to present the plans, even though no planning application for the scheme is imminent.

The developers’ representatives showed the council a ‘vision’ for the site, which is bordered on two sides by Wavering Lane West and the River Stour, and on a third by the road that connects Milton-on-Stour to Wavering Lane West.

The proposed development would include not just 800 homes but a new primary school and ‘extensive public open space, including allotments and play areas’.

The developers’ vision statement continues: ‘Improved access to formal areas of open space for current and future residents, enhanced by new pedestrian and cycling routes, would encourage healthy lifestyles. Proposed open space, green infrastructure proposals and ecological enhancements would aim to provide a net gain in biodiversity on the site.’

Vistry and Hallam Land Management are also keen to stress that the area running immediately along the River Stour would be preserved as a natural area. ‘The Stour Valley Way would be protected and enhanced as part of the integrated green infrastructure,’ the statement says.

It also states: ‘The vision for land west of Peacemarsh/Wavering Lane is to deliver a sustainable new neighbourhood that builds on the existing character of Gillingham and supports [Dorset] Council’s strategic objective to strengthen the role of Gillingham as the [area’s]’s main service and employment centre.’

In the consultation document for Dorset’s Local Plan it is still unclear whether this site will be included as potential building land. That plan will run until from 2023 to around 2038.

And Gillingham Town Council has made it clear that it does not want to see that land included in any development plans during that period, especially given that not a single home on the planned 1,800-house Southern Extension in the town has yet been built.

However, the Vistry Group and Hallam Land Management say in their response to the Local Plan consultation that it is likely that the Peacemarsh site would not begin delivering houses until 2027/28, and would not reach ‘full delivery capacity’ until 2028/29.

‘By this time delivery of the Southern Extension would be firmly underway and the additional delivery would come at a useful time to maintain the pace of delivery and plug any gaps that might arise from slower delivery in the Station Road regeneration area,’ the developers state.

‘…[W]e do not consider that the allocation of Land west of Peacemarsh would inhibit the delivery of the Southern Extension.’

The developers’ presentation was made to councillors and staff on Gillingham Town Council’s Developer Engagement Advisory Panel. Such meetings are encouraged under national planning guidelines in order for local councils to be able to make clear what local priorities and needs are, and for developers to be able to outline their plans at an early enough stage to be able to amend them in line with local needs.

During the hour-long meeting, held on 8 April, the council’s panel raised a number of issues, including over access to the site, the town’s educational needs and the impact of the proposed development on the environment.

A spokesperson for Vistry Group told Gillingham News: ‘We would like to clarify that we have no plans to submit a planning application at this stage. We are promoting the location, with Hallam Land Management, for development through the Dorset Local Plan and the designs are at a very early stage.

‘As part of promoting the site through the Local Plan process we will be undertaking community and stakeholder consultation at the appropriate time. We want to work with the local community to understand what the needs of Gillingham are. We are initially aware that green open space provision, pedestrian and cycle routes and secondary education capacity are key facilities that Gillingham is in need of, which we are fully exploring as part of the design process.’ 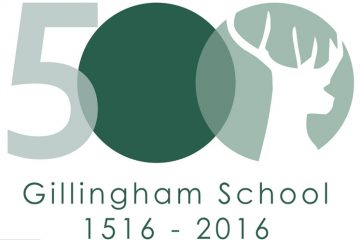