Property developers Fairfax have unveiled plans to build up to 88 new homes on a 3.8 hectare (9.3 acre) site off Common Mead Lane in the Wyke area of Gillingham.

The company has already begun an online consultation process with local residents which began on November 20 and runs until November 30.

A formal application to build on the site – which is behind The Mellowes care home – is due to be made to planning authority Dorset Council in December.

In their consultation with residents, Haywards Heath-based Fairfax describe the scheme as a ‘high-quality development that brings a range of benefits to the community’.

These include ‘the creation of new jobs during construction and support for local services once the development is completed’ and ‘biodiversity gains and a potential enhancement of existing public rights of way’.

Although no details are given of the homes at this stage the developers say that their layout plan shows how a ‘wide range of dwellings (from one to four bedrooms), including a number of affordable homes, can be successfully accommodated and integrated seamlessly into the local area without adverse impacts’.

The online consultation is being held in place of a physical one because of Covid restrictions. The company has set up a dedicated online page with a locator map and layout of the proposed development (see above and below) plus contact details for the public to make comments.

Although some local people have welcomed the idea of more affordable housing in the town, there is also a feeling of dismay that the town is facing yet another potential housing development when building has not even started on a single one of the 1,800 homes planned for the Southern Extension at the other end of the town.

In September representatives of Fairfax and their property consultants PCL Planning from Exeter held an online meeting with Gillingham Town Council’s developer engagement advisory panel – a group of staff and councillors – to hear about the town’s thoughts about the site off Common Mead Lane.

At that meeting Town clerk Julie Hawkins, who is on the panel, said they informed the developers and consultants that under Gillingham’s Neighbourhood Plan this site was designated as as ‘potential new sports area’ for the town, which currently has a shortage of such land.

They were also told that the Stour Valley Way path runs through the site, and that the land has historical significance.

‘Being located close to Thorngrove the site is also of historic interest as it was from Thorngrove that the medieval manor of Gillingham was administered and I believe that traces of a possible moated site have been discovered in the area,’ said Julie Hawkins.

She added: ‘Whatever happens to the field in the future we need to be aware of the prominent impact it could have on the landscape and we need to ensure that any proposal does not have a negative visual impact on the character and appearance of the area. The site is in an elevated position with views as far as Long Knoll Hill just south of Maiden Bradley.’

Fairfax describe themselves as having ‘considerable experience in delivering high-quality residential developments varying in size from individually-designed county homes through to multi-unit urban schemes throughout the South of England’.

They say their aim is to enhance areas by creating ‘meaningful legacies that benefit both current and future generations’.

The consultation web page is at: https://www.fairfax-gillingham.com/

Comments can be sent to [email protected]

The consultation ends on 30 November. 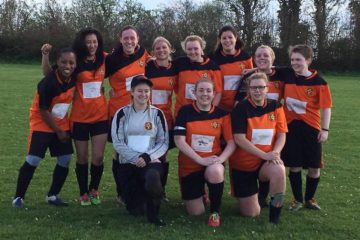