Developers have come under fire for not building homes quickly enough in North Dorset, even where sites have been earmarked for development.

Councillor David Walsh told a meeting of Gillingham Town Council’s planning committee over the summer: ‘The reason we are in this predicament is that the developers don’t want to build in North Dorset. We haven’t got the skilled labour force, they have to be imported from other areas and that makes the build costs higher. And as we know the profit margins are lower here.’

David Lohfink, Land & Planning Director at CG Fry & Son who are planning to build around 630 homes in Gillingham’s Southern Extension, said availability of labour, sub-contractors and labour was not a major issue for them. But he described the Gillingham are a ‘relatively soft market’. He also said the Southern Extension would demand considerable infrastructure expenditure from developers, on roads for example. ‘A soft market plus a big infrastructure bill equals questions about viability,’ he said.

‘It is more difficult to develop in a softer market area whether it’s Chard or Shepton Mallet or Gillingham versus Bradford on Avon or Sandbanks,’ he said. It was these issues they were working on with planning officers and the district valuer and the fact that it was a ‘softer market’ did not mean a scheme could not go ahead.

‘What is required is a sensible conversation with the local planning authority about development viability and what it can deliver in all the circumstances,’ said David Lohfink.

One fear is that a ‘back door’ development such as the Persimmon plan for 150 homes at Bay Lane in Gillingham could have a knock-on affect on infrastructure and thus the viability of the Southern Extension.

‘If I were in the shoes of the planners I’d be thinking … if I can kick that Persimmon scheme into the long grass fool long enough, that gives the Southern Extension a chance to get going. We all accept it’s not a great place to be if there are stalking horses out there that can get in quick. We all want to head those horses off at the pass. And that means we need to get on with it,’ said David Lohfink.

He says that developers get criticised for ‘artificially sitting on things and manipulating the market’ but with the Gillingham development the delay ‘if it can be called a delay’ has been due to the amount of work involved in getting such a big scheme ‘over the line’. He said: ‘Behind the scenes we have been doing a lot of work. Things are moving.’ They intend to put in an application for outline planning permission late this year or early in 2018.

Meanwhile Welbeck Land, who control the land at Newhouse Farm and Ham Farm which forms the central part of the Southern Extension area, are staging a ‘pre-application exhibition’ for the public at RiversMeet leisure centre in Gillingham on Wednesday 13 September from 3pm to 8pm. They say the development is ‘on track’. 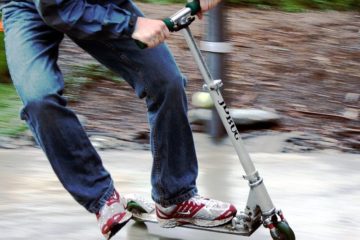