Dispute between Lidl and Tesco over right of way in Shaftesbury

A local row between supermarket giants Tesco and Lidl has gone all the way to the top this week after Tesco barricaded a pedestrian access to Lidl’s new Shaftesbury store from its car park, writes Richard Thomas.

Lidl staff blamed Tesco for padlocking barriers across the access while Tesco’s local staff claim they are ‘only acting on instructions from head office.’

Tesco had tried unsuccessfully to stop Lidl building its new store on the site of the former cattle market in Christy’s Lane, Shaftesbury, directly next to Tesco. The new Lidl opened on 25 November.

A duty manager at the Tesco store told Gillingham News: ‘We’re only doing what we’ve been instructed to do by head office. It’s beyond my pay grade not to do what head office tells me.

‘I understand this is now being discussed at the highest level by both companies.’

But former Shaftesbury mayor Lester Dibben, who was involved in the original negotiations with Tesco, said that Tesco has no legal right to close the access because the town council negotiated a permanent right of way over the land when Tesco first bought it from the town council more than 15 years ago.

Tesco claimed that no right of way exists between its site and the Lidl site.

A Tesco spokesperson said: ‘We were concerned about the possibility of pedestrians trying to cross the very busy service road, where it is unsafe for them to do so. As a result we took the decision to fence off the road in the interests of public safety and to prevent the risk of a serious accident occurring.’

Lidl said they were looking into the matter.

Meanwhile local social media is active with posts from surprised and angry local people complaining about the barricades.

Customer Lisa Thynne claimed in one post that Tesco told her the access had been closed ‘to stop shoplifters escaping.’

‘How does closing a path stop shoplifting?’ she asked.

‘It’s a public footpath and they have no right to close it,’ she wrote.

Is mobile phone network upgrade interfering with your TV reception in Shaftesbury?

Dispute between Lidl and Tesco over right of way in Shaftesbury 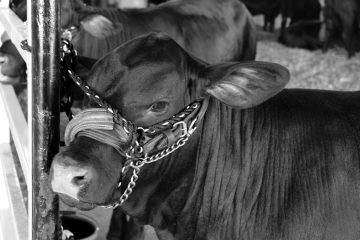