Care leavers in Dorset will not have to pay council tax until they are 25, Dorset Council has announced.

The council’s Cabinet has agreed that young people who have spent time in foster or residential care will be exempt from paying council tax until the age of 25 if they live alone or given a 25 per cent discount if they live with someone else.

The decision follows a national campaign by The Children’s Society, who say that managing household finances can be particularly difficult for care leavers as they often don’t have the same support networks and opportunities as other young people.

Dorset Council is responsible for 225 care leavers aged between 18 and 25 in its role as corporate parent. It is estimated that 104 of these live in Dorset and are likely to qualify for a council tax exemption or discount, which would cost the council around £46,500 per year.

Care leavers in Scotland and Wales are already exempt from council tax and more than 100 local authorities in England have also signed up to the scheme.

Councillor Andrew Parry, portfolio holder for Children, Education and Early Help at Dorset Council, said: ‘Leaving home and living on your own for the first time is a challenge for most young people. If you’ve been in care, then you’ll likely to face additional pressures that can make it even harder. Care leavers often don’t have the same type of support from family and friends and are more likely to struggle to pay bills and run into debt, which then leads to further problems.

‘It’s our job as corporate parents to support our care leavers in the same way that parents support their children as they become young adults and give them the best start. We should do everything we can to help them make a smooth transition into adulthood and council tax exemption is one of the ways we can do this. I’m delighted that Dorset Council has backed this campaign.’

The council says the exemption for care leavers will apply from April 2020 and will be added to the list of other groups of people who are eligible for a discount.

Sam Royston, Director of Policy and Research at The Children’s Society, which has campaigned nationally for councils to exempt care leavers from council tax, said of Dorset Council’s decision: ‘Care leavers have often experienced a really difficult upbringing and they may have experienced abuse, neglect or family breakdown which can have a big impact upon their life chances.

‘Without the family support most young people get as they become adults, care leavers often struggle to juggle their household bills and make ends meet. Many find themselves in debt, or having to go without food or other basic necessities.

‘We’re delighted that Dorset Council has agreed to introduce this exemption.  It’s a really important step which will make life easier for many young people making the move into independent living.

‘However, some care leavers may choose to move outside the council’s area to work or study or be placed outside it by the authority. Dorset will remain their corporate parent so we would still like the council to go further and ensure these young people are also exempted so that no young person in this position misses out on this vital support. 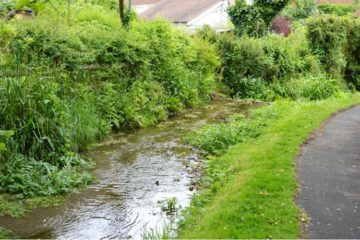