Health chiefs promise they will take into account the ‘strength of feeling’ in North Dorset about plans to close 15 beds at the Westminster Memorial Hospital in Shaftesbury. Their comments came after the results of a detailed consultation into healthcare changes in North Dorset and across the county were presented to the public. The figures shows that of the nearly 14,000 people across Dorset who responded to an open questionnaire on the planned changes, some 63 percent were opposed to plans to make the Shaftesbury Hospital a medical ‘hub’ with no inpatient beds. This figure rises to 88 percent when the just questionnaires from people who live in North Dorset – the people affected – are concerned.

However, surveys of Dorset organisations and NHS employees showed they were in favour of the planned reforms, even if the researchers who carried out the surveys admitted that only 216 of the 1,996 NHS staff who responded lived in North Dorset. Meanwhile a telephone survey of 109 North Dorset residents showed 61 percent of people in favour. Opponents of the bed closures in Shaftesbury say that this telephone survey was carried out early in the consultation process and before many of the issues had been made publicly expressed, and that the respondents had no written material in front of them on which to reach their conclusions.

Campaigners are also concerned that the large public response to questionnaires in North Dorset, following the powerful campaign by Save our Beds! (SoB!), may be downplayed by the Dorset Clinical Commissioning Group who are due to make their final decisions soon.

These fears increased when, during a presentation of the consultation findings in Dorchester last month, Dale Hall of researchers Opinion Research Services said that when its population in relation to the whole of Dorset was taken into account the response from North Dorset was ‘understandably overrepresented’. ORS founder Mr Hall said that did not mean the figures from this area should be disregarded as they were ‘highly important’. But he added: ‘Everything should be taken into account…not just the weight of numbers. It’s not a numbers game or a popularity or unpopularity contest.’

However, Tim Goodson, Chief Officer of Dorset CCG, said: ‘We are aware of the strength of feeling in North Dorset as this has come through in both the public consultation and the recent events where the headlines of the consultation were presented.

‘We would like to reassure people that all the feedback we received during the consultation has been read and will be fully considered before any final decisions are made. No attempts are being made to discount the response from North Dorset but equally there is a requirement to ensure that the responses from the other areas identified are fully considered.’ Mr Goodson insisted that the final decisions would be based on all the evidence presented ‘including the consultation feedback’. He said the decisions would be taken ‘in September at the earliest’. 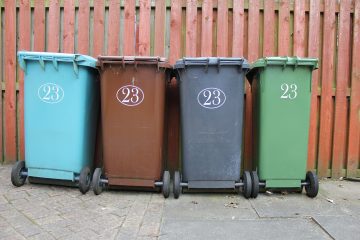