A repeat rural offender who admitted hunting animals with dogs has been given a suspended prison sentence and banned from land across three counties after breaching a community behaviour order.

Scott Matthew Cochrane, aged 30 and of Yarrow Close in Poole, appeared at Poole Magistrates’ Court on Tuesday 19 November 2019 for an application by Dorset Police and the Crown Prosecution Service to vary an existing criminal behaviour order.

Cochrane had pleaded guilty at a previous hearing on Wednesday 30 October 2019 to offences of being in possession of a wild animal, which he was prohibited from doing by a criminal behaviour order, and for hunting a wild mammal with a dog, an offence under Section 1 of the Hunting Act 2004.

Cochrane had been given a five year criminal behaviour order on 28 May 2015 that prohibited him from being in possession of a wild animal, wild bird or part of a wild animal or bird living or dead in Dorset as well as other prohibitions relating to the county.

At 11.41pm on Saturday 5 October 2019 officers were called to a rural location in the Blandford area in relation to suspected poaching in fields. They located a van and saw two men – one of whom was the defendant.

There were two Lurcher-type dogs with them and they had a high powered lamp. They were also found to be carrying dead rabbits. A search of their vehicle located a catapult and steel ball bearings, as well as further dead rabbits.

Cochrane was sentenced to eight weeks in prison for the offence, suspended for 12 months, and was also ordered to pay a victim surcharge of £122 and £85 costs. The other man was given a caution.

With his existing criminal behaviour order due to expire in August 2020, Dorset Police’s Rural Crime Team prepared an application to vary the order to prevent further offending.

At the hearing on Tuesday 19 November 2019, magistrates agreed to vary the order and it will now be in place for a further three years.

The order states Cochrane must not:

Cochrane was also banned from a number of rural areas in Dorset, Wiltshire and Hampshire. The areas include south of the A35 in the Purbeck and Dorchester area, rural north east Dorset up to the M4 corridor in north Wilshire and parts of the New Forest in Hampshire.

This will prevent him from using such routes as the A338 from Ringwood into Wiltshire, A354 from Puddletown to Salisbury and A350 from Wimborne to parts of Wiltshire, which all feature in hotspots for such rural crime.

Police Constable Claire Dinsdale, Rural Crime Co-ordinator for Dorset Police, said: ‘Coursing with dogs and poaching is a national priority for both rural and wildlife crime and there are many repeat victims across the UK.

‘This issue is not about ‘one for the pot’ but part of a network of persistent criminals who will threaten and intimidate our rural communities if challenged and cause thousands of pounds worth of damage to crops, gates and other property.

‘They train their dogs on rabbits, hares and even on deer, with no regard for the welfare of wildlife or their dogs and they are willing to travel vast distances in to other counties.

‘Dorset Police is part of the national strategy between 22 police forces, Operation Galileo, where civil and criminal powers will be used to prevent such offending by hare coursers and protect vulnerable victims. 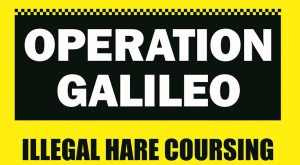 ‘I hope this sends a clear message that coursing and other such crimes are not tolerated and we will take robust action against anyone suspected of such an offence.

‘This now varied order is a first of its kind for rural crime, in that it bans the defendant from large areas of rural land across three counties and it restricts his ownership of certain dog breeds and cross breeds.

‘Results such as this would not be possible without members of our rural communities reporting information and we would encourage anyone with information about ongoing incidents, or intelligence that can help us target our resources, to contact us.’

If a crime is in progress, call 999. Anyone with other information can contact Dorset Police at www.dorset.police.uk, via email [email protected] or call 101.

For more information on wildlife crime, including hare and deer coursing and poaching, visit the National Wildlife Crime Unit’s website at www.nwcu.police.uk.

December in the garden with Thorngrove Garden Centre