A Dorset man has been ordered to pay £12,000 to Dorset County Council after a court found he falsely claimed he was injured by tripping in a pothole.

Kevin Richer, a self-employed bathroom fitter from Burton Bradstock, was found to have been fundamentally dishonest in a hearing at Weymouth County Court on Tuesday, 31 October.

Richer had brought an insurance claim against the county council alleging that in September 2013 he had tripped in a pothole in the road outside his home, snapping his Achilles tendon and breaking his finger.

The council raised doubts about Richer’s evidence from the start. Its solicitors requested access to his medical and ambulance records and asked questions about potential witnesses to the incident.

Richer’s witness, a friend, did not see the accident but provided a statement saying he had seen the pothole nine months before the alleged accident.

Richer failed to respond to several requests for more information. The council finally obtained a court order requiring him to do so and were granted access to records by his solicitors. But questions about the witness’ account remained unanswered.

Dave Watson, corporate insurance manager for Dorset County Council, said: ‘Ironically, Richer had given the ambulance crew contact details for his ex-partner, who we were seeking to contact as a witness. When we contacted her using the number on Richer’s ambulance record, she shed a different light on the accident.

‘She said that after dropping a key off at Richer’s home, he chased after her along the road and, as he reached out to grab her, simply fell over. There was no pothole and the accident occurred some distance from the location of the alleged defect.’

The council applied for the new witness’ statement to be allowed as evidence. On receiving it, the claimant’s witness refused to attend court to give evidence on oath. The next day, Richer withdrew his claim, which would have deprived the council of the opportunity to recover its costs of more than £6,500 in solicitors’ fees.

The council decided that deliberately withholding information and withdrawing his claim after receiving contradictory evidence suggested Richer had been dishonest. It applied to have the withdrawal of the claim set aside and to pursue Richer for costs by inviting the court to make a finding of fundamental dishonesty.

On hearing the council’s evidence, the court criticised Richer for making no effort to explain why he was withdrawing his claim, for not attending the hearing and not seeking to dispute the evidence.

Deputy District Judge Jolley was satisfied on the face of the evidence that a finding of fundamental dishonesty could be made and ordered Richer to pay the council £11,985.05 in costs within 28 days.

Dave Watson added: ‘We challenged Richer’s withdrawal of his claim because of our suspicions about the claim, which grew to include his honesty and that of his witness. It transpired those suspicions were well-founded.

‘All claims received by the council are subject to scrutiny. Making a bogus or exaggerated claim could result in prosecution and a big legal bill.’

Councillor Tony Ferrari, Dorset County Council’s Cabinet member for community and resources, said: ‘The council has many responsibilities to our community, including caring for elderly residents and looking after children at risk. It is saddening that some individuals would try to deprive those services of the money they so badly need.’ 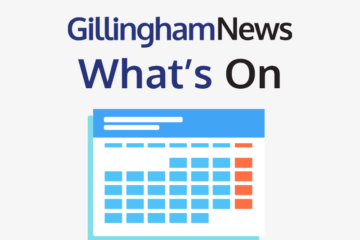