Dorset Police Chief Constable James Vaughan QPM has stepped down from his role after 30 years in policing.

Chief Constable Vaughan left the job at the end of the week, Friday 13 August 2021, after a long and distinguished career of public service.

Chief Constable Vaughan began his policing career as a beat constable in his home town of Chippenham, Wiltshire, in 1992. He has worked across Wiltshire Police, Dorset Police and Devon & Cornwall Police.

His career has included various uniform and detective roles with major and serious organised crime, citizen focused policing and as a crime commander.

During the last 10 years he has also been involved in and latterly led the National Forensics Capability Programme to improve and evolve forensics in policing across the country.

Chief Constable James Vaughan said: ‘I have been hugely privileged to have been involved in policing as a senior leader for many years and I leave Dorset Police as a force that is performing well and has some amazing officers and staff.

‘One of the things I will miss most is the incredible police family we have in Dorset. I will leave behind some close colleagues, friends and many officers and staff I have worked with over the years.

‘Policing has been my life for the past 30 years and it has been a whirlwind. Policing has many ups and downs, but that day-to-day adrenaline you feel as a police officer will be unforgettable.’

Chief Constable James Vaughan leaves policing after the COVID-19 pandemic of the last 17 months, throughout which time he has led on the Dorset partnership response to the pandemic.

Chief Constable Vaughan added: ‘We have all faced enormous professional and personal challenges throughout the pandemic, but I never fail to be impressed and incredibly proud of how Dorset Police’s officers and staff step up and do the right thing to protect the communities of Dorset.

‘I will cherish many high points and reflect on numerous lows in my career. An undoubted high point of my career was receiving the Queen’s Police Medal from HRH The Prince of Wales in 2019.

‘Lows would be the loss of colleagues and friends working within the Force.

‘The last year has proved to me that Dorset’s communities are strong, caring and compassionate and I am proud to call it my home.”

Chief Constable Vaughan will continue to lead the National Forensics Capability Network until later this autumn, before taking a well-earned retirement.

He said: ‘I am looking forward greatly to spending more time with my family and taking the opportunity to indulge in my hobbies and interests.

‘I have a twin son and daughter taking their GCSEs in the coming year and have a passion for sailing – so I’ve no doubt home life will be a focus for the immediate future.

‘I will be looking to use some of the skills and incredible experiences I have had in policing as and when opportunities arise, as well as continuing with volunteering organisations I’m involved with and my school governor duties.’ 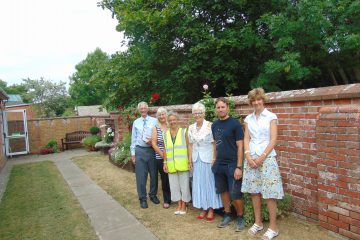