The pace, excitement and drama of sevens rugby will be on display at North Dorset rugby club in Gillingham on Saturday 22 July as it plays hosts to the North Dorset 7s.

The event, now in its fifth year, is fast becoming one of the most established rugby sevens tournaments in South West England. Taking place every summer, the one-day event welcomes some of the best senior men’s and women’s rugby 7s teams from across the UK who travel to Dorset to compete in a variety of competitions.

Hosted each year by North Dorset RFC, the tournament was created to raise money and awareness for the club’s nominated charity, Cardiac Risk in the Young (CRY) after losing club captain, Max Biles, in 2009 at the age of 29.  In 2013, its inaugural year, 16 teams attended which subsequently increased to 24 teams in 2014 and 32 teams in 2015 and 2016.

To date, North Dorset 7s has raised in excess of £7,000 for CRY and attracted over 2,000 players and spectators over the past two years. This year the event will be expanding the tournament yet again to accommodate 40 teams and hopes to attract its biggest crowd since 2013. To mark the tournament’s fifth Anniversary, the event has pledged to raise £5,555.55 for CRY, which will help to fund an ECG machine to detect undiagnosed heart conditions.

This is in addition to tournament organisers announcing their intentions to rename the Men’s Open trophy as ‘The Worthington Cup’ in honour of David Worthington, the much-loved club member who tragically lost his life in September last year.

The on-field rugby action kicks off from 10am and there is plenty of off-field entertainment alongside it for all the family. Visitors can give the ‘Passing Challenge’ a go; take part in the Isuzu ‘Pick-Up Punt Competition’; bring the kids and enjoy the Family Fun Zone or just chill out in the famous ND7s Pimm’s Garden.

A variety of food and drink will be available from the catering village and new for 2017 is a live music stage hosting a variety of DJs who’ll provide entertainment lasting long into the night! Camping is free for players and spectators.

Tickets for the event can be bought through nd7s.co.uk.

School transport in Dorset cancelled for Thursday and Friday 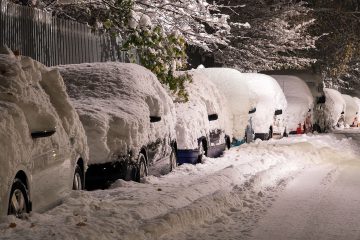