The Gillingham Youth Collective, which was officially launched on Monday evening, is a partnership between the North Dorset charity The Rendezvous and Gillingham Youth Club which has been awarded £350,000 over five years by the National Lottery Community Fund.

Councillor Von Clemens, who was instrumental in bringing The Rendezvous to the Gillingham for its ongoing outreach work with young people, said: ‘This project is an amazing thing for Gillingham.’

Speaking at the launch event held in the new Collective’s office in The Studio at Gillingham’s Slade Centre, he added: ‘The main thing is that we are giving the young people a voice in the community.’

Monday’s event was a chance for the organisers of the Gillingham Youth Collective to meet members of key groups and stakeholders in the town to spread the word about the new project.

‘It’s great to see so many organisations here, as that is what will make this work. This project is about a partnership,’ Stephen Uden, chair of the trustees at The Rendezvous, told the gathering.

One of the aims of the Collective was improve young people’s well-being, enhance their interpersonal skills and improve their life and employability skills, she said.

But Karen Johnson also said there was also an objective for the town itself. ‘We are looking at increasing the town’s respect for young people,’ she told the meeting.

‘Through this project what we are trying to do is to raise how young people are viewed in the town. To give them a little bit of positivity within the town, for them to want to live here, and work here and stay here. So that Gillingham is regarded as a positive place to live, good for families, and good for stuff for young people to do.’

Helen Da Silva Wood, who runs The Rendezvous, said the aim of the project was to complement and build on existing projects and activities for the town rather than replicate them. The intention was to involve many different groups and above all enable young people themselves to drive the project on the basis of what they and their peers want to see provided. ‘We’re looking for a group of eight to ten young people who will sit at the heart of the project,’ she said, adding they would form a key part of the scheme’s steering group.

‘That steering group will be responsible for making all the decisions about what we do. We really need to listen to [young people],’ she added.

The Rendezvous will be running the ‘Media Makers’ part of the project, which will involve professional workshops and a focus on listening to and recording the wishes of the town’s young people.

Though much of the project content has still to be determined, planned activities include a day of events each year at Hardings Park, which this year will be on July 30.

Addressing those present at the launch Helen Da Silva Wood said: ‘If you can spread the word that this project is happening and that we want more people to be involved as this evolves. We are very, very excited about it.

‘It offers a really good opportunity for young people to take part in something new or in something they already do and which they want more of.’

For more information about how to get involved visit www.gycollective.com or email
[email protected] 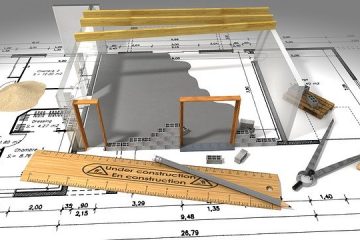