Take a walk through Withywood, the strip of woodland between the River Stour and the railway track in Gillingham and you may see the flash of blue of a darting kingfisher or hear the soft splash of a water vole or even a visiting otter. This oasis of green is down to Gillingham Action for Nature Group (GANG) who 15 years ago helped secure this area as a place for locals to enjoy as well as a haven for wildlife.
Made up of volunteers, GANG now maintain Withywood and nearby Millennium Wood, as well as helping to keep Gillingham green – they created the herb garden on the Town Meadow and most recently planted 200 bee, butterfly and bird-friendly hedge plants and four rowan and cherry trees in Shreen Meadows in Peacemarsh.
GANG was set up about 20 years ago when Gillingham’s growth spurt began. ‘The town was expanding dramatically and people wanted to preserve the walks along the river, as well as our trees such as the oaks on Rolls Bridge Way,’ says Bob Messer, the current chairman of GANG.

Today, the oak trees are still growing strong, and the group has become an established conservation organisation within the town, invited by the Town Council to contribute ideas and practical help to the maintenance of the public green spaces, especially now that they are being passed from District Council to Town Council control. ‘As the town grows, you run the risk of the allocated open spaces becoming grass deserts without any biodiversity,’ says Bob, now retired but who was once a teacher and college lecturer who worked locally and also in East Africa and the south Pacific.

Establishing Withywood as a reserve, with its mix of willow and alder and diverse wildlife (GANG have put up 25 nest boxes), needed determination and perseverance. ‘It took 10 years to persuade Network Rail to grant GANG a lease,’ says Bob. Once that was accomplished cash was needed to turn mud into a half kilometre all-weather footpath.  ‘We got it from John Prescott – at the time he was overseeing a fund to improve access to public open space. With that money, we were able to build the footpath, erect a footbridge over a ditch and protect the riverbanks from runaway erosion. We now want to complete the final link in the footpath which will make it a circular walk.’

Millennium Wood was planted on riverside land owned by the chemical company, Sigma Aldrich, who then gave permission to plant the next bend in the River Stour. That is now home to 40 native black poplar trees, a declining UK hardwood. ‘It is in trouble because there are not enough female trees to male – we planted 20 of each,’ says Bob.
As well as their conservation work, GANG also holds regular talks, walks and day trips, as well as fundraising events such as a yearly plant sale. ‘And we’re not scared of controversy,’ says Bob. ‘But we don’t take a stance – we just open up the debate.’
For more information see: www.GANG.btck.co.uk 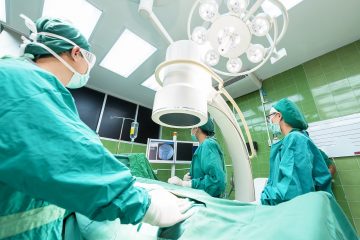