Gillingham Town Council are raising three Green Flag Awards this year as Gillingham’s public open spaces are recognised as some of the best in the country.

The award is the international quality mark for parks and green spaces.

Parks and green spaces in Gillingham have played a vital role for people during the past 18 months. Throughout lockdown Gillingham residents were able to visit the sites for exercise, as a place to relax, and to meet friends and family safely.

The news that three of Gillingham’s public open spaces have achieved Green Flag Awards is testament to the hard work and dedication of Gillingham Town Council’s Grounds Team and volunteers from the Gillingham Action for Nature Group, says the council.

The public open spaces at The Lodden, The Stour and The Shreen join parks and green spaces as diverse as the National Memorial Arboretum in Staffordshire, Woodhouse Park in Peterlee and Chiswick Old Cemetery in London.

‘To meet the requirements demanded by the scheme is testament to the hard work of the staff and volunteers who do so much to ensure that the sites all have high standards of horticulture, safety and environmental management and are places that support people to live healthy lives.’

The Green Flag Award scheme, managed by environmental charity Keep Britain Tidy under licence from the Department for Levelling Up, Housing and Communities, recognises and rewards well-managed parks and green spaces, setting the benchmark standard for the management of green spaces across the United Kingdom and around the world.

Developers behind planned homes off Common Mead Lane say: 'We have responded to objections' 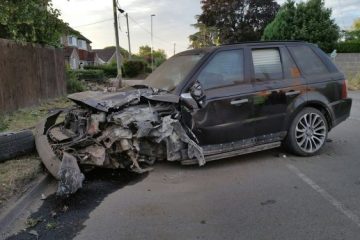