Gillingham councillors agree up to £23,000 in aid for RiversMeet

Gillingham Town Council agreed on Monday night to provide the RiversMeet leisure centre with up to £23,000 to help it cope with a financial shortfall caused by the Coronavirus lockdown.

Councillors voted unanimously to earmark the money to the town’s popular centre, which re-opened in July after it had to close for four months. In Aptil it asked the council for £22,290 to help pay utility bills. Under the terms of Monday’s decision by Gillingham Town Council, the money will be provided not as an upfront payment but if and when it is needed.

Proposing the move Councillor Graham Poulter said he and Councillor Roger Weeks had had face-to-face discussions with the Alan Waistell, general manager of RiversMeet, and Paul Barber, chairman of the Board of Trustees at RiversMeet. ‘It was apparent that there was no immediate need for funding but that they would more than welcome a provision should the need arise,’ said Councillor Poulter.

Monday’s resolution states that the council ‘resolves that the request from RiversMeet for assistance to meet potential financial difficulties arising out of the Covid pandemic is made available as a discretionary grant up to the sum of £23,000, and earmarked in the general reserves, and released subject to satisfactory evidence of its need being produced’.

Before the vote was taken David Beaton, who was chairman of the Gillingham Neighbourhood Plan Group, said that RiversMeet was the nearest thing that Gillingham had to a community centre and that it was very much a ‘community hub’.

He told councillors at the online meeting: ‘It would be a huge loss to Gillingham if we lost RiversMeet.’

After the vote Alan Waistell, who was present at the meeting, sent a message to councillors stating: ‘Paul and I and all my staff and customers personally thank you all.’

At the last full council meeting in July Councillor Mike Gould said that without support the leisure centre could be forced to close. Councillors expressed support for RiversMeet, which is said to be the only charity-run leisure centre in the country.

Last week RiversMeet launched a campaign called ‘We Want You Back‘ in a bit to boost numbers after the end of the lockdown closure.

Gillingham councillors agree up to £23,000 in aid for RiversMeet 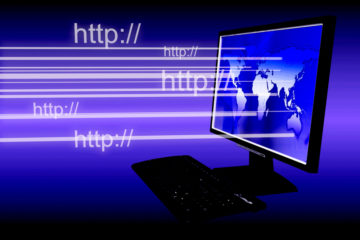