Plans for a Home Bargains discount store on the Kingsmead Business Park near Aldi and Sydenhams have been backed by members of Gillingham Town Council’s planning committee.

The new store, which will sell home and garden goods, beauty products, food, toys and other items, could create the equivalent of up to 60 full-time jobs.

The 1,627sq.m store will have parking for 100 cars and will be near the new fuel station. The company says it will ‘primarily’ be a non-food store, with a maximum of 30 percent of the retail area set aside for food and drink.

Members of the town’s planning committee welcomed the plans at a virtual meeting on Monday night.

‘People have been asking why we don’t get big retailers in Gillingham – this is a big retailer,’ said committee member and the town’s mayor Councillor Barry Von Clemens.

‘As always, a brand new business in the town equals new jobs. And especially in the current economic climate anything that attracts new jobs needs to get full support,’ he told fellow members.

Councillor Sharon Cullingford said the news about jobs being created was ‘very encouraging’ especially with the impending homes at the nearby Southern Extension which will attract more families to the town.

But he also pointed out that it was yet another business coming to the southern end of the town near to the Southern Extension.

‘What worries me a little is the fact that this town is now being hollowed out. Everything is going to happen at this end of the town – I think there has to be more focus on the centre of the town,’ he told councillors.

Members of the planning committee voted unanimously to back the application which will now be considered by Dorset Council who will make the final decision.

In its application the company says the store will provide ‘a relatively high level of employment (in the region of 60 FTE [full-time equivalent] jobs). It will provide a mix of flexible full and part time employment opportunities at a range of skill levels, in a location which is well connected to, and easily accessible from, the existing built-up area of Gillingham’.

It says the store will deliver a ‘much-needed boost to the local economy in the form of inward investment and jobs’.

According to its website TJ Morris Ltd, which trades as Home Bargains, is one of the UK’s fastest growing discount retailers. It was created in Liverpool by retailer Tom Morris more than 40 years ago and is now one of the biggest privately-owned companies in the UK. It has more than 500 stores and employs more than 22,000 staff and says it plans to expand, growing to 1,000 stores employing more than 40,000 people. 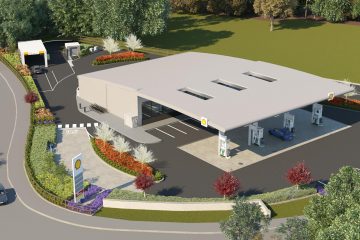