Councillors have attacked the latest plans for a residential block for older people which will replace the now demolished St Martins House on Queen Street, claiming it will not be a development that ‘Gillingham can be proud of’.

On Monday 26 October members of the town’s planning committee considered a third set of plans from housing association Magna Housing for 55 ‘extra care’ homes for older people on the site of the historic red brick house.

Back in November 2018 the planning committee had recommended refusal of the original application on the grounds that the development was ‘overbearing’ and out of scale with the area.

While at a meeting in September 2019 a majority of the committee voted to support a revised application, saying that the new plans were more ‘sympathetic’.

Yet at this week’s meeting the third proposed design for the site was universally attacked by councillors, who branded it ‘ugly’ and ‘nasty’.

Mayor and committee member Councillor Barry Von Clemens told the online meeting: ‘All I can say is “no, no, no”. It is an eyesore on Queen Street.’

He continued: ‘We’re not blessed with a lot of historic streets in our town – this is one of them. We are lucky to have a grade 1 listed church whose views and vistas will be changed from various angles when this carbuncle is on Queen Street.’

Councillor Sharon Cullingford said: ‘The first thing that I thought when I saw the proposed north and south elevations was that it was a carbuncle – it’s such an ugly looking building from the north and south side. It looks like cell block H.’

Councillor Cullingford said that there was a ‘slightly better’ streetscape look to the design. She added: ‘But this is our town and we need to build something that we can be proud of. I think it’s awful.’

Councillor Mike Gould acknowledged that the architects had improved the appearance at the front, even if the back still looked like a ‘carbuncle’.

He continued: ‘I find it appalling that design specialists cannot make something which is worthy of sitting in a listed Square. If this building could be softened it might become acceptable. But at the back it’s totally overpowering. I feel that should go back to the drawing board and start again.’

Councillor Gould added: ‘I feel we have had this imposed upon us. Let’s make it a building we can be proud of. I feel that it’s yet another nasty building that’s going to appear in our town.’

The councillors voted to recommend refusal of the application. It is now due to go to the northern area planning committee at Dorset Council for approval. 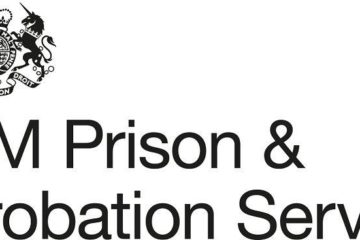