Gillingham councillors to decide on request for cash by RiversMeet

Councillors in Gillingham will meet this Monday, 24 August, to decide how to respond to a request for financial help by the RiversMeet Community and Leisure Centre.

The popular leisure centre has asked the council for £22,290 to help pay utility bills, after the Coronavirus epidemic forced it to close for four months, before it was able to re-open in July.

Last month councillors agreed to defer a vote on giving the centre £9,000, arguing that they needed more information on which to base their decision.

In a later statement mayor Barry Von Clemens said the council hoped to make a decision by the end of August while admitting: ‘The town council is legally able to assist [RiversMeet] using discretionary powers; however, the town council’s general reserves are low, and so the council need to make some tough choices.’

The vote is now due to be taken at an online meeting of the full council at 7.30pm this Monday.

At the last full council meeting in July Councillor Mike Gould said that without support RiversMeet could be forced to close. Councillors expressed support for the work done by RiversMeet, which is said to be the only charity-run leisure centre in the country.

But some expressed irritation that in its request for help the centre had not acknowledged the council’s past and ongoing support for it.

Last week RiversMeet launched a campaign called ‘We Want You Back‘ in a bid to boost user numbers after the end of the lockdown closure.

The public can join the meeting via MS Teams; contact the town council  during working hours via email: [email protected] to ask for joining instructions.

'All schools will be open' - Dorset prepares for new term

Gillingham councillors to decide on request for cash by RiversMeet

Smallholder from near Gillingham sentenced and banned from keeping animals 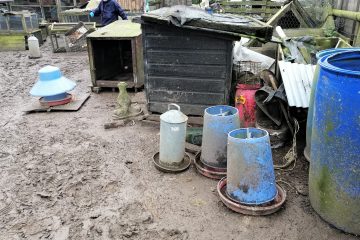