Councillors in Gillingham have voted not to put up large plastic poppies on lamp posts around the town in order to respect the fact that it has already declared a state of emergency over the climate.

Members of the town’s general purposes committee said last month that though they strongly support the remembrance symbol of the poppy, backing the use of single-use poppies would not send the ‘right message’.

The council was considering a report from the Annual Remembrance Day Parade sub-committee, chaired by Councillor Roger Weeks who is also president of the town’s branch of the Royal British Legion. The sub-committee considered various options, including one to spend up to £735 to buy and display large poppies throughout the town and on the bypass.

Councillor Weeks told fellow councillors he had ‘struggled enormously’ with what was an ’emotional’ issue.  As president of the RBL branch he was ‘absolutely dedicated’ to the poppy and its symbolism, and said that as a member of that organisation he would be out putting poppies up in the town. But speaking as a councillor he said: ‘We are also responsible for the message we are putting out.’

Mayor Barry Von Clemens, a member of the committee, said he, too, had been a supporter of the poppy appeal for many years and said it was ‘very important that this symbol of remembrance is preserved’.

But Councillor Von Clemens added: ‘We also have to look to the future and at this town council and the Unitary [Dorset] council and the many parish and town councils throughout the county are saying that part of this plan for the future is that we should not promote the use of single-use plastic. Sadly by putting these poppies up in our name we would be giving a message that is contrary to the message that we have already issued.’

General purpose committee chairman Councillor Mick Hill queried whether putting up the 40 plastic poppies already bought and owned by the local RBL branch constituted ‘single use’, as they were used each year.

But he agreed that the council had to be consistent with its own policy. ‘I have no objection to seeing [the large plastic poppies] but as a council we have to be seen to be doing the right thing.’

Committee member Councillor Dennis Griffin, who is also a member of the RBL, confirmed that the local branch would be displaying their 40 large plastic poppies around the town this year.

The committee members voted for a motion stating that ‘Gillingham Town Council respects the climate emergency and decide as a council that to display a high number of plastic poppies throughout the town would be inappropriate’.

* The committee also agreed that each year poppy wreaths will be removed from the war memorial before the end of November to avoid any permanent damage to the monument and placed within the war memorial garden, and that they would be removed altogether by January.

Councillor had been told in a report that that this was to help preserve the town’s Memorial stone, as its ‘porous sandstone is very susceptible to damp and frost damage if appropriate care is not taken’.

Short-term parking slots at Gillingham station have been removed 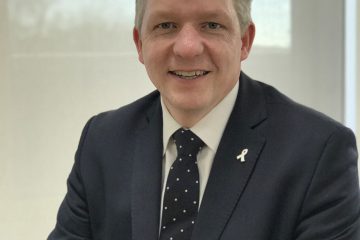