A team from Gillingham-based Autotechnics Audi & VW garage are off to Spain this weekend for a car rally to raise money for charity.

They have dressed up a 20-year-old Mercedes E320 as a ‘Ghostbusters’ car to take part in the four-day Banger Rally Challenge which involves driving across Spain and Portugal, with the final destination in Gibraltar.

And as well as having fun, the team of five hopes to raise well over a thousand pounds for charity – in their case the neonatal unit at Salisbury Hospital.

‘It’s a very worthy cause and we’re a local firm doing our bit for the community,’ says Viv Potter, the boss at Autotechnics which is based on the Brickfields industrial estate in Gillingham.

The car, which will be scrapped once the trip is over, has been given the Ghostbusters insignia and even has a device that generates a harmless ghostly smoke for special effect.

Anyone want to contribute can visit the Just Giving page at www.justgiving.com/fundraising/viv-potter3 or the team’s Facebook page for more information: https://www.facebook.com/Dorsetbangerrallychallenge/ 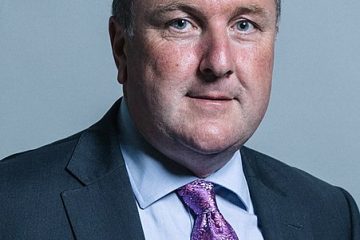