Gillingham man jailed for local burglaries after being caught on camera

A man who was caught stealing money on a camera installed at the Gillinham home of a vulnerable victim he repeatedly targeted has been jailed.

Samuel Cooper, aged 35 and of Lodbourne Green, Gillingham, was sentenced at Bournemouth Crown Court on Thursday 3 September 2020 to a total of three and a half years in prison after admitting three offences of burglary, as well as fraud by false representation.

His elderly victim, who is deaf, was concerned that money appeared to be going missing from her home in Gillingham town centre over a period of several weeks.

Her quick thinking neighbour installed a camera in her bedroom to try and identify who was responsible and on Thursday 14 May 2020 a man was seen on the camera to enter the bedroom, go through the victim’s drawers and take £20.

The man was subsequently identified by local neighbourhood officers from the camera images as Cooper.

The victim was also informed by her bank that her card had been cancelled as someone had tried to use it three times with the incorrect PIN on Friday 1 May 2020.

On two further occasions between Friday 1 May and Thursday 14 May 2020, £35 in cash was taken from the victim’s bedroom.

In total over a two month period the victim estimated that between £200 and £300 had been stolen from her and jewellery was also taken.

Detective Constable Kate Rhodes, of Western CID, said: ‘Samuel Cooper preyed on his vulnerable victim as he thought she would be an easy target and he entered her house without her knowledge and took money on several occasions.

‘My particular thanks goes out to the neighbour who installed the camera and to local officers, particularly Police Constable Rob Hammond from the local Neighbourhood Policing Team who was able to recognise Cooper from the CCTV footage and was instrumental in gathering further evidence.  I am glad that we were able to identify him and bring him to justice for his despicable actions.’

Gillingham man jailed for local burglaries after being caught on camera 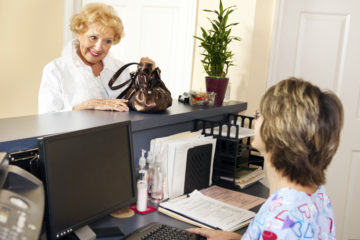