Worried residents have set up a protest group to fight the ‘threat’ posed by plans to build 85 new homes in a field off Common Mead Lane in Gillingham.

The ‘Save Our Fields’ group believes that the proposal by Fairfax Properties to construct the homes on a large field behind The Mellowes care home will destroy an important area for walkers and local residents, put extra burden on local services and make Common Mead Lane ‘dangerous for all road users’.

And they warn of the grim impact that this and similar housing applications around the town could have.

‘If Dorset Council can’t counter these unplanned development applications, Gillingham will become the biggest housing estate in North Dorset, with increasing misery for its residents and massive problems for both Town and Dorset Councils,’ the protest group’s founder Robert Cockell says, in a letter to Dorset councillor and former Gillingham mayor Belinda Ridout.

In the same letter Mr Cockell, who lives with his wife Valerie in Freame Way, close to the proposed development, points to the impact of the new homes on the town’s infrastructure at a time when work has yet to start on the major Southern Extension development.

‘Assuming 88 houses has a population of, at least, 176 people, this must add a significant, unplanned number of people who will need local services, like GP Surgeries, schools, and utilities,’ he wrote, at a time when Fairfax was planning 88 rather than 85 homes. ‘Also, assuming that a small project like this can be started quicker than our planned development, adding more people at this stage, will make management of development in Gillingham, almost impossible. I assume that very little [infrastructure development] money will come from the Fairfax proposal, so how will our services be financed to cover the costs?’

Speaking to Gillingham News, Mr Cockell said that he had campaigned against other proposed developments in the town and that his objection to the Fairfax plans was not about a ‘Not in my backyard attitude’ – though he was not keen on living near it – but was based on a wider view of the the town’s needs.

‘You need only look at the present map of Gillingham, to see that further continuous housing will give no benefit to Gillingham’s residents,’ he says.

‘There are few green spaces within the town, Chantry Fields, Rolls Bridge Meadow, and the sports field in Harding’s Lane, being exceptions. If you imagine the Mellows field and ‘One Tree’ field next door covered in houses, it becomes clear that you have a massive housing estate with next to no infrastructure.’

He continues: ‘This delightful country town, surrounded by farmland, has no parks. The threatened fields in Wyke are the only “park area” we have. People come from all over Gillingham to walk their dogs and exercise in these two fields.’

Mr Cockell and fellow members of the ‘Save Our Fields’ protest group point out that under the town’s Neighbourhood Plan, this field is earmarked for ‘recreational’ use.

And they note how crucial it has been during recent lockdowns as a place to get exercise and fresh air. ‘These fields are the lungs of this part of Gillingham,’ says group member Francesca Mattei.

‘They have provided a much needed environment for the neighbourhood, which has been our salvation in recent times. It would have been unthinkable to have had nowhere to walk and exercise. However, it is not just during a pandemic, that such exercise is vital to the health and well-being of the community, both physical and mental health and should never be a secondary consideration,’ she says.

Another protest group member and resident, Jo Jones, who is a community mental nurse for the Gillingham area, echoes the importance of the area for mental well-being. ‘In my two years in post I have seen increasing pressure, on the GP services, chemists, dentists, Home Treatment Team and Early Intervention in Psychosis team and substance misuse services,’ she says.

‘All these services are now under increasing pressure due to the Covid crisis and increased caseloads. The proposed development will exacerbate this and compromise the wellbeing and health of the population, due to delays in accessing essential help due to demand outstripping resources. Therefore, further development should be halted.’

Other groups members Suzan and Phillip Walker say: ‘This field has always been a godsend for Gillingham residents with its many rights of way including the Stour Valley Way, which crosses the field. This is true not only during the ongoing Covid pandemic but for very many years. It provides people with the opportunity to take exercise, enjoy the countryside and walk their dogs. This is the last remaining open countryside area on this side of Gillingham available to residents for recreation.’

Fairfax unveiled their plans to build up to 85 new homes on the 3.8 hectare (9.3 acre) site last November, and ran a public consultation. A formal application to build on the site has now been made to planning authority Dorset Council.

Haywards Heath-based Fairfax describe the scheme as a ‘high-quality development that brings a range of benefits to the community’.

These include ‘the creation of new jobs during construction and support for local services once the development is completed’ and ‘biodiversity gains and a potential enhancement of existing public rights of way’.

A spokesperson for Fairfax told Gillingham News they had recently submitted a planning application for the 85 new homes and it is available for public viewing on Dorset Council’s website under reference P/OUT/2020/00472.

‘You’ll see from the application that it does not include any building on the neighbouring ‘One Tree’ field,’ said the spokesperson.

‘Our application contains a number of detailed professional surveys and reports which confirm that our proposed development is entirely appropriate and sustainable in this location.’ 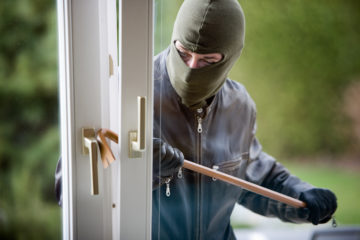