‘I am thrilled to have been appointed headteacher at Gillingham School,’ said Mr Nicholson, who described the new job as an ‘exciting’ opportunity. ‘I will join the school formally in September but look forward to getting to know the school community better during the summer term in readiness.’ He said: ‘During my interview I was made to feel most welcome by all the students, governors and colleagues that I met. The ethos immediately resonated with me, the students were all incredibly proud of their school and I am excited about working with all members of the Gillingham School community.’

Mr Nicholson added: ‘Gillingham already enjoys a superb reputation and I look forward to working in partnership with the school to build on this work.’ In a statement the school governors said: ‘We are confident and excited at this new appointment, who will take Gillingham School forward into the next phase of its development.’
In all Lorna Lyons, who is retiring, has spent 27 years at Gillingham, having joined the school as a maths teacher.

The Westgate School is Hampshire’s first 4-16 ‘all through’ school, with 1350 pupils on the roll, 180 of whom are in the primary phase. Its last Ofsted inspection, carried out last December, rated the school as ‘Good’, with ‘effectiveness of leadership and management’ rated as ‘Outstanding’. ‘The headteacher provides outstanding leadership by creating a strong culture for learning and of high expectations,’ said inspectors. Personal development, behaviour and welfare of pupils were also rated as ‘Outstanding’. 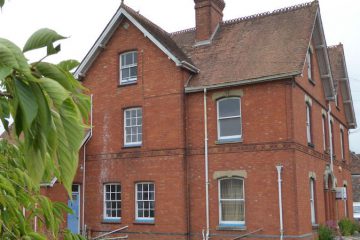