Wifi coverage in the centre of Gillingham could be dramatically improved under a scheme to give the town its own municipal wireless network.

Under the project from Dorset County Council’s Superfast Broadband initiative the five towns of North Dorset – Gillingham, Shaftesbury, Sturminster Newton, Blandford Forum and Stalbridge – would each get their own public network to ensure that residents and visitors had access to the internet on their smartphones around the town. Signs would be put up around the towns to publicise the availability of the free network.

Each town would have their own landing page that visitors would log onto, which would provide useful information on the town’s facilities, such as where to eat and sleep, the transport system, local walks and places to visit, and also those of neighbouring areas. These landing pages would also give local businesses a chance to promote themselves to tourists.

It is a system which already exists in larger towns in the county such as Dorchester and Bournemouth and now representatives from Gillingham and other towns have met to discuss the town wifi facility being rolled out in North Dorset too.

Councillor Barry Von Clemens, who attended a meeting on the issue with town clerk Sylvia Dobie, told fellow councillors the scheme could provide substantial benefits. ‘If you’ve got patchy 3G or 4G coverage this is a great way to improve your coverage, it protects people’s data allowance, and it also helps you to find out what the towns have to offer,’ he said. He said tourism officials had already expressed a strong interest in the idea, which they saw as a ‘great way to promote the tourist industry and to help with town regeneration and development’.

He added: ‘At a time when tourist information centres face financial restraints it would be a great help to the tourist industry which has a great deal of potential in this area.’ He said the scheme would help with marketing opportunities for town events and give a ‘supporting role’ for heritage tourism and for walkers.

Though there would be initial capital costs, it was thought there could be some European Union funds available to help finance this, said Councillor Von Clemens. ‘It really depends on how big the area is that’s being covered – talking to the experts, they recommend that we would cover the central High Street area and look at the coverage of the train station.’

And having spoken with tourism officials and other people, Councillor Von Clemens said there were groups who might interested in helping out with the running costs. ‘There is a strong possibility that the cost would not fall directly on the taxpayers’ purse,’ he said.

Councillor Von Clemens said that only representatives from Gillingham, Sturminster and Blandford had been been able to attend the initial meeting on the project. While it would be better for all five towns to be involved, it could be viable if just two or three signed up.

Councillor Roger Monksummers said he had personal experience of using such a network in another town and it had been ‘really helpful’. He also said that if the scheme helped fill in any of the phone network ‘black holes’ around the town for emergency First Responders attending accidents then it could ‘literally be a lifesaver’.

Town clerk Sylvia Dobie said she had come away from the initial meeting thinking it was a ‘fantastic idea’.

Councillors at the July meeting voted unanimously for further research to be carried out in how the scheme will work in practice and the likely costs. 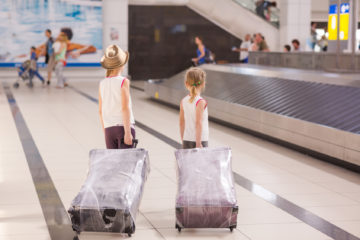