Rail passengers are being reminded that a section of railway in the Templecombe area in Somerset will close this weekend for nine days to allow Network Rail to work on a cutting that suffered severe damage last winter.

Between 13-21 June, there will be no trains between Yeovil Junction and Gillingham as engineers remove thousands of tonnes of earth left by a landslip.

The work – which is being supported by the group Osborne –  is vital after the damage caused by heavy rain during ‘Storm Katie’ back in December 2019 meant that after the landslip happened, Network Rail had to impose temporary speed restrictions on trains passing through the area.

The closure will allow Network Rail to build a retaining wall to further protect the line and to remove the speed restrictions to allow more reliable journeys for passengers as trains will be able to pass at normal speed safely.

Additionally, says the company,  the opportunity will be used to carry out general maintenance in the area and to refurbish some of the stations along the route.

The essential work will mean no South Western Railway (SWR) services between Yeovil Junction and Gillingham. Trains between Exeter St David and Salisbury will be diverted via Westbury. There will be a shuttle train between Salisbury and Gillingham and a bus replacement service between Gillingham and Templecombe.

Full details of the closure can be found on the SWR website.

Passengers are also reminded that face coverings will be mandatory when using public transport in England from Monday 15 June. To ensure those who need to travel can do so safely, passengers are asked to continue following government guidelines and avoid train travel unless absolutely essential.

Mark Killick, Network Rail Wessex route director, said: ‘I want to say sorry to passengers needing to travel during the works.  Once complete, we will be able to remove two speed restrictions to provide improved journeys for passengers, as well as protecting the area from future landslips.

‘I would urge people who need to travel by rail, such as those who can’t work from home, to plan ahead, wear a face covering and check before they travel.’

Alan Penlington, South Western Railway customer experience director, said:  ‘We recognise these works will be disruptive, but it is vital they go ahead. The work Network Rail will carry out will remove damaging speed restrictions from the line, allowing our trains to run at planned speed, helping improve our performance.​

‘Alternative arrangements are in place, so we advise customers to check their journey before they travel.”’

Sean Hebden, framework lead for Osborne, said: ‘Our teams have been working extremely hard in the lead up to this important railway closure to ensure our works are completed as planned.

We’re aware of the disruption this closure will cause to passengers and will be working 24/7 to ensure we make the most of the opportunity to support  the future safe and timely passage of trains.’

Further strengthening works to other areas of the cutting at Templecombe will take place between the end of June and September.

Details of the changes to train services is below:

There are no direct trains from London to Exeter, you will need to change at Salisbury to continue your journey.

Trains will run every two hours between Salisbury and Exeter Central. These services will be diverted non-stop via Westbury and Castle Cary calling at Yeovil Junction, Crewkerne, Axminster and Honiton.

A shuttle train will run every two hours between Salisbury and Gillingham calling at Tisbury.

Replacement buses will run every two hours between Gillingham and Yeovil Junction calling at Templecombe and Sherborne.

Currently on this line, rail replacement buses operate between Honiton and Exeter St David’s calling at all stations, Monday to Saturday. This will continue during the engineering works.

Trains will run every two hours between London Waterloo and Exeter St David’s. These services will be diverted non-stop via Westbury and Castle Cary. West of Salisbury these trains will call at Yeovil Junction, Crewkerne, Axminster, Honiton, Cranbrook and Exeter Central.

A shuttle train will run every two hours between Salisbury and Gillingham calling at Tisbury.

Replacement buses will run every two hours between Gillingham and Yeovil Junction calling at Templecombe and Sherborne.

Currently on this line Feniton, Whimple and Pinhoe are not being served on Sundays. This will continue during the engineering works. 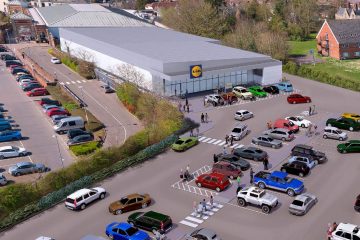