The awards, an international quality mark for parks and green spaces, have been given for sites at Rolls Bridge, Lodden and Shiresgate.

After two years that have seen parks and green spaces play a vital role for people through lockdowns as a place to relax, exercise and meet friends and family safely, the council says that the news that Gillingham has achieved the Green Flag Awards is ‘testament to the hard work and dedication of the team at Gillingham Town Council’ to make the green spaces a great space that everyone can enjoy.

Julie Hawkins, Town Clerk said: ‘Our public open spaces are carefully managed by our enthusiastic and dedicated grounds team who are often joined by volunteers from the Gillingham Action for Nature Group and Green Gang.

‘It is thanks to their hard work and dedication that this year judges awarded Gillingham the highest marks the town has ever received.’

Keep Britain Tidy’s Accreditation Manager Paul Todd said: ‘I would like to congratulate everyone involved in making the sites in Gillingham worthy of a Green Flag Award.

‘This award is testament to all the hard work of the Works Manager, Simon Dobie and his team and the volunteers, who do so much to ensure that it maintains the high standards demanded by the Green Flag Award.’

The Green Flag Award scheme, managed by environmental charity Keep Britain Tidy under licence from the Department for Levelling Up, Housing and Communities, recognises and rewards well-managed parks and green spaces, setting the benchmark standard for the management of green spaces across the United Kingdom and around the world. 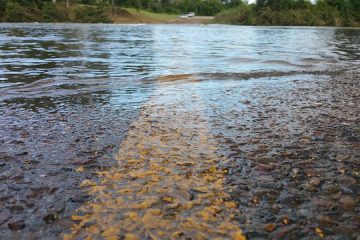