The roundabouts at two of the main entrances into Gillingham are to be given a major overhaul in the coming months.

Both the Ham Farm roundabout and the Peacemarsh roundabout are to be adorned with sculptures of deer made by local Dorset artist Pauline Dawkins-White.

There will be one stag and two does on the Ham Farm entrance and a stag on the roundabout at Peacemarsh.

The sculptures are to be made of recycled chickenwire after Dorset Council’s highways department raised concerns over the dangers of having more solid materials such as stone in the middle of a busy roundabout.

The total cost of the sculptures will be £9,600 while the renovation of the roundabouts plus their upkeep for three years will cost a maximum of £15,500.

However, the money will not cost local taxpayers any extra money as the money for the scheme will come from a legacy fund left to Gillingham Town Council by North Dorset District Council when the latter was abolished earlier this year to make way for the single-tier Dorset Council.

The scheme is part of the Gillingham Gateway project to smarten up the entrances to the town.

Deputy mayor Paul Harris told town councillors recently that it was hoped the sculptures would be in place by the start of July 2020 in time for the South West in Bloom competition.

Artist Pauline Dawkins -White said: ‘I am very excited about doing the stags and does for Gillingham.

Fifteen people found in back of lorry in Wiltshire

Plans for former Co-op site in Shaftesbury to be new ‘retail, leisure and community space’ 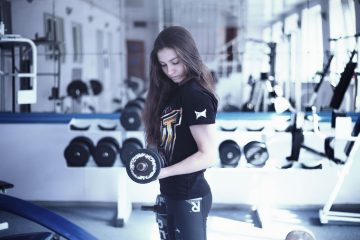