This Dorset Senior Cup semi-final on Tuesday was a potential banana skin for the Gills as they were playing a team from a League two levels below their own Step 5 status in the Western League Premier Division. However, Swanage had already knocked out two Step 5 teams in the shape of Portland Utd and Bridport, so were quite obviously no pushover.

The Gills’ cause wasn’t helped by the absence of several key players including goalkeeper Jamie Beale and Will Pike (both absent through work), together with Nick Hewlett and Haydn Hodges (injury) and Lewis Morgan (Cup tied),

Despite this the Gills got off to the best of starts when they opened the scoring with just 3 minutes on the clock. Aidan Chainey put a free kick into the area where it was met with a powerful header by Aaron White and the ball flew past the Swans’ keeper Dan Beeston into the net to make it 1-0.

Just 6 minutes later the Gills had two chances to double their lead but Beeston made a point-blank save to deny Nick Thomson and a mis-kick by a Swans’ defender saw the ball go just wide of his own goal.

Swanage were certainly not being overawed though and with 12 minutes played stand in keeper Mark Lock had to make a great one handed save from Swanage’s Cameron Beard to keep the scores level.

Swanage were playing a much more physical game, but they couldn’t stop the Gills being the more dominant team and they got a deserved second goal on the 26 minute mark. A ball was played into the area by Lee Sweet and this was flicked on by Aidan Chainey to Aaron O’Shea whose header looped up over the advancing Beeston into the goal.

Despite their dominance the Gills couldn’t find the net for the rest of the half whilst Mark Lock continued to impress with two more saves to deny Cameron Beard, so they went into the break with their 2-0 lead intact.

On 59 minutes Mark Lock pulled off his best save of the evening when he just about managed to get his fingertips to a shot that looked certain to find the back of the net.

The score went to 4-0 after 77 minutes with a well struck low shot by Lee Sweet from just outside the area giving Beeston no chance and the tie was put to bed with 4 minutes left when Elliot Bevis put a ball to the back post where it was blasted into the goal by Ashley Clarke.

So the Gills avoided the cup upset with a convincing win which sees them face Weymouth in the Dorset Senior Cup Final on Tuesday 11th April at Dorchester Town’s Avenue Stadium (ko 7:45) 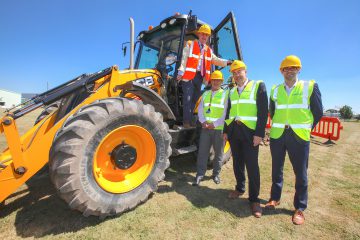