National highways experts are to examine the best route for a faster road connection to the south coast – with Dorset a potential contender for this major infrastructure improvement.

As part of the government’s Road Investment Strategy (RIS2), Highways England will be assessing the current north-south connectivity between the M4 and south coast, with every north-south A road in scope.

Transport assessments are also being carried out, led by the western gateway sub national transport body, to review train services from Weymouth to Waterloo and Weymouth to Yeovil, to develop a multi-modal overview of strategic transport.

Findings from the RIS2 assessment will be shared with local authorities through the regional transport body when complete.

The A350 is already recognised by Dorset Council as a primary strategic route, along with the A37, A354 and A35 between Bere Regis and Poole, all of which the council is responsible for maintaining.

Councillor Ray Bryan, Portfolio Holder for Highways, Travel and Environment, said: ‘RIS2 funded projects are not set to start until 2030 and, in the meantime, we currently have no plans for any further changes to either the A350 or the C13, save for the well-publicised ongoing stabilisation scheme for Dinah’s Hollow.

‘Measures put in place in 2018, including the advisory one-way system, on the whole, work well in managing traffic through the area.

‘It is widely recognised that the transport corridor between The Midlands and the south coast needs improving.

‘The study will seek to understand current north-south demands and will get an idea of what future traffic movements may look like. Highways England are scoping their project and we look forward to seeing further information from them in the autumn.’

It has been acknowledged for some time that the north-south routes within Dorset itself are no longer suitable for the volume and types of modern vehicles travelling on them.

As part of a medium-term solution to alleviate some of the issues facing communities along the routes, £2.4m from the Government’s National Productivity Investment Fund was used in 2018 to implement a route management scheme and carry out structural maintenance and improvements along the A350 and C13.

As part of this, an advisory one-way route was created to help improve the flow of HGVs travelling through the north Dorset area, using the A350 northbound, towards Shaftesbury, and the C13 southbound, towards Blandford.

At the time, Dorset County Council assured residents that it would continue to lobby central Government for a long-term strategic route option to strengthen the transport network and support economic growth through the linking of Dorset ports and the M4.

Highways England is due to start its RIS2 assessment in September, which will hopefully be the first step towards a long-term solution for the current north-south connectivity issues.

Your chance to have your say on policing in Gillingham 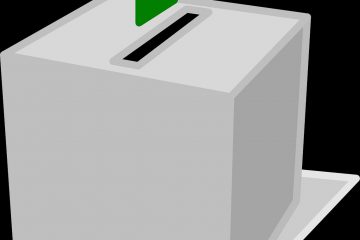