Councillor Prichard, best known for leading the Save Our Beds campaign at Shaftesbury hospital, resigned two days after the meeting last week that voted to spend up to £20,000 on personal protective equipment (PPE) for the town’s health and social care workers.

The controversial debate, the first held remotely via Zoom under the new Covid-19 regulations, led to an angry confrontation between members in favour of the spending and those against it.

Councillor Prichard, who had suggested the PPE spending plan, said he resigned because as chairman of the Friends of Westminster Memorial Hospital he wanted to give all his time to helping the hospital during the present Covid crisis.

In a statement he said: ‘It is with great sadness that I resigned as a member of Shaftesbury Town Council because I felt I was being actively misrepresented by another councillor.

‘I felt my duty was first and foremost to protect the Friends of Westminster Memorial Hospital, a local charity run solely by volunteers that I chair and feel passionate about.

‘Shaftesbury Town Council is supported by a wonderful team and I have very much enjoyed my time representing the West Ward as a councillor and working on exciting plans for Shaftesbury. I wish them all the very best.’ 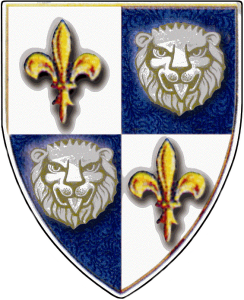 Councillor Prichard led the successful Save Our Beds campaign at Shaftesbury hospital before being elected to Shaftesbury council for the first time last May.

Shaftesbury & District Chamber of Commerce has now launched a petition demanding that Councillor Karen Tippins, one of the two councillors who opposed the PPE funding proposal, resign from the council over her opposition.

‘We are very sad to see the council lose such a committed, decent and caring person who has done so much to help maintain a cottage hospital in Shaftesbury,’ she said.

Mrs Tippins, who was elected to the council in a by-election in December, has said she has ‘no intention’ of resigning.

Shaftesbury residents now have two weeks to collect the signatures of ten local electors who want an election to fill the vacancy.

But the Covid-19 regulations mean that no elections can be held until May 2021 so if an election is called the council will have to operate with 11 members instead of 12 for the next year.

If no request is made to Dorset Council’s electoral office [email protected] by Wednesday 6 May Shaftesbury council can fill the vacancy by co-opting someone instead.