Drugs gangs from London are suspected of having taken over the flat of a vulnerable person in Gillingham and used it as the base of their local dealing operations.

The tactic, known as ‘cuckooing’, involves dealers taking control of a home and its occupant, who in some cases effectively become their ‘domestic servant’.

This case involved a housing association flat in Gillingham which is believed to be occupied by a vulnerable woman in her 30s. The police have taken action and officers are now making regular welfare visits to the occupant. A notice has also been stuck on the flat’s front door stating that the address has been identified as ‘at risk of being used in crime’ and warning: ‘Expect a high number of visits from the police and specialist units at this address and other identified addresses in the area.’

A spokesman for Dorset Police confirmed to Gillingham & Shaftesbury News: ‘The address was suspected to have been used by London gangs to deal drugs out of, a tactic known as “cuckooing”.’

Cuckooing is one of the tactics used in so-called ‘county lines’ crimes, the name given to the expansion of urban drugs dealers into smaller towns and rural areas, mostly to supply crack cocaine and heroin to addicts in those areas.
Although North Dorset is not as badly affected by the phenomenon as other parts of Dorset, such as Bournemouth, the police admit that the Gillingham case is ‘unlikely’ to be the only one in the area.

The police in both Dorset and Wiltshire last month carried out a crackdown on county lines activity across the two counties, resulting in more than 30 arrests, the discovery of crack cocaine, heroin and weapons. The actions also identified a number of vulnerable people, including youths, who were being exploited by the gangs. Social service staff and housing association staff are now being trained in how to spot the phenomenon.

Helen Hann, divisional director of Sovereign housing association who own the flat in Gillingham where the cuckooing took place, said: ‘We are seeing more cases of cuckooing and “county lines” activity, and we’re having to adapt quickly in order to better protect and support those of our tenants who may be at risk. As well as working with local police to take strong enforcement action, we’re backing our people too, giving them the power and support they need to deal with these complex, serious issues.’

A spokesperson for Dorset County Council said: ‘We are very aware of how criminal exploitation and county lines pose a risk to both vulnerable adults and children. Our staff are being trained to watch out for this problem.’

Simon Hoare, MP for North Dorset and parliamentary private secretary to home secretary Sajid Javid, said criminals were targeting some of the most vulnerable people in society. ‘They’re not just taking over somebody’s home but very often they will use that vulnerable person effectively as a domestic servant – they will eat their food and get the person to cook and wash for them and so on.

It is probably one of the most abhorrent new arising criminal activity that one can think of.’ Mr Hoare said he would be taking the Gillingham case up with Dorset’s police and crime commissioner Martyn Underhill, and urged people to be on the lookout for potential cuckooing victims. ‘If anybody has any concerns that they are seeing somebody who they know to be vulnerable suddenly finding lots of young people going backwards and forwards at all times of day and night, they must contact the police without a moment’s hesitation,’ said the MP.

Mr Underhill said: ‘County lines isn’t just happening in major cities. It is happening right here in Dorset and I echo the appeal for our residents and communities to work with the police on tackling this issue. Please read the information on Dorset Police’s website, learn the signs and how to report it.’

Among the key signs given by police to help spot cuckooing are: people calling at a local address often at unsociable hours, suspicious vehicles or people at an address, and a neighbour who has not been seen for a while.

Demand soars for business mentors in Dorset during coronavirus lockdown 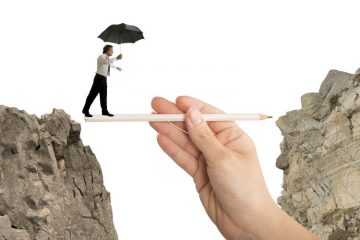