A man who carried out targeted aggravated burglaries in Dorset armed with a stun gun, knuckle duster, baton and lock knife has been jailed for 15 years.

Matthew Hoppe, 33 and of Henford Hill in Yeovil, Somerset, was sentenced at Bournemouth Crown Court on Friday 11 October 2019 after being found guilty of 13 charges on Friday 26 July 2019 following a trial at the same court.

They were kidnap, two assault offences, two counts of aggravated burglary, four counts of having an offensive weapon, attempted robbery, threatening to destroy or damage property, possession of a firearm at the time of committing an offence and criminal damage.

Hoppe was sentenced to 15 years in prison and he will also be subject to an extended licence period of five years following the conclusion of the 15-year term.

On Sunday 27 January 2019 a dispute occurred between Hoppe and a woman, during which Hoppe threatened to smash up an address in Clarendon Road in Gillingham. He attended the address at around 12.20pm, forced his way in and demanded money from the woman. He assaulted her and attempted to use a stun gun on her.

The victim told Hoppe there was money at another address. Hoppe again threatened her with the stun gun before forcing her out of the property and into his vehicle.

When Hoppe arrived at the second address he threatened the male occupant with a stun gun and knife and demanded money. Hoppe discharged the stun gun into the victim’s leg and used the point of the knife to prod him in the chest. While these offences were taking place, the female victim escaped to a nearby address.

Hoppe followed the female victim, entered the third address while activating the stun gun and holding a knife. The defendant again demanded money. When he was told there was no money, Hoppe smashed plates on the worktop, picked up a lump hammer and used it to smash the windows of the occupant’s car and threatened to burn them all. He then left the address in his car.

Approximately five minutes later, Hoppe returned and kicked down the door. He threatened to burn the place down, threw an electric grinder through the kitchen window and poured petrol through the window and outside. Seconds later he used a bladed item to damage the door. The occupant and his brother managed to escape through a window.

Hoppe left the scene and was tracked down in his Audi car in Yeovil. Officers recovered a knuckle duster and stun gun from his coat pocket. Further weapons were located in his vehicle as well as the female victim’s mobile phone.

Officers carried out a search of his address and found two identical stun guns to the ones used during the incident and an empty box for a third, two friction lock batons and two further knuckle dusters.

Detective Sergeant James Mullen, of Weymouth CID, said: ‘Matthew Hoppe armed himself with an array of dangerous weapons before he carried out a terrifying attack on his victims.

‘I would like to praise them for their bravery in giving evidence at court, which ultimately led to the jury coming to their verdicts.

‘Hoppe is a dangerous man and I hope the sentence handed out by the court will bring his victims and the wider members of the community comfort that he is safely behind bars.’

Coffee Companions - talking away loneliness over a coffee 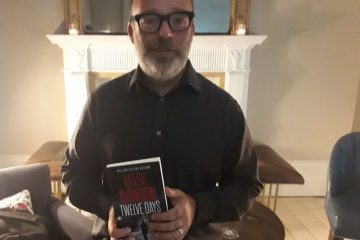