South West Wiltshire MP Dr Andrew Murrison today signed the book of support for the people of Ukraine in the House of Commons.

The former Foreign Office Minister said: ‘Putin’s attempted conquest of a sovereign European state is an act of infamy for which he and his cronies must be held individually accountable. They need to know the world is watching and writing each and every criminal act. There will be no hiding place for them, no stone to crawl under, no sanctuary, no refuge.

‘Meanwhile we must support the brave and resilient people of Ukraine in resisting the monstrous Putin and open our arms to the refugees his barbarous misdeeds have caused.’

And the MP referred to Russian aggression closer to home.

‘The Salisbury Novichok nerve agent outrage in 2018 gave us locally a taster of Vladimir Putin’s disgusting behaviour. Then as now the international community was united against the pariah Putin,’ said Andrew Murrison.

‘Decency will ultimately prevail. Rid of Putin and his henchmen, the long-suffering people of Russia will be restored to their proper place among the community of nations.’ 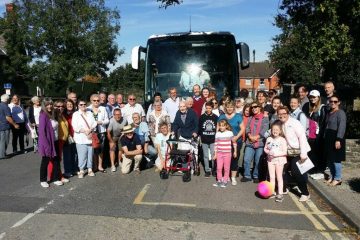