A man who went into a commercial premises in Gillingham and attacked a man as he worked has been jailed.

Grant Edward Chase, aged 29 and of Commercial Road, Weymouth, was sentenced at Bournemouth Crown Court on Wednesday 24 February 2021 after admitting an offence of aggravated burglary.

Chase also admitted a public order offence and breaching a suspended sentence and received a total jail term of nine years, with an extended licence period of a further three years.

The victim, a man aged in his 50s, was working at the commercial premises off Newbury at around 2.30pm on Tuesday 13 October 2020 when two men entered.

He recognised Chase, who was carrying a short baseball bat, as someone he knew and initially thought it was a joke.

Chase approached the victim and demanded money before striking him several times to the head with the bat.

The defendant also threatened to stab the victim, put his hand into his pocket and showed a handle. The victim believed he was showing him a knife.

The victim was able to push the defendant away and ran out of the premises. He was taken to hospital where he received a total of 12 stitches to injuries to his head.

Following enquiries, Chase was located in the Blandford area on Thursday 15 October 2020 and arrested.

Detective Constable Holly Spillman, of Weymouth CID, said: ‘This was a violent and unprovoked attack on a man at his place of work and must have been a terrifying ordeal for the victim.

‘I hope the sentence imposed demonstrates that violence of this nature will not be tolerated and offenders will be dealt with robustly.’

Majority of Dorset pupils get their first choice of senior school

Man appears in court in connection with alleged assault in Gillingham 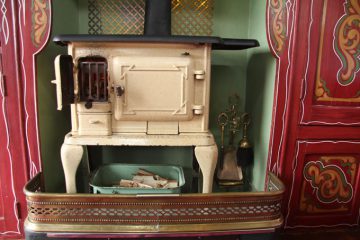