At the end of her first day at school, aged four, Olivia Palmer told her mother that she wanted to be a head teacher – 34 years later her ambition has been realised; in January Olivia started her role as the new head at Gillingham’s Wyke Primary School.

It is her first headship, having been deputy head at Redlands Primary School in Reading for the past five years. Not long after acquiring her National Professional Qualification for Headship, the position at Wyke became available when Steve Crumpler left the school after 21 years. ‘This post felt right,’ says Olivia. ‘My family live the other side of Sturminster Newton, and although I didn’t grow up around here, I did grow up in a rural county and I wanted to get back to that.’
Olivia’s passion for teaching came from her first headteacher, Mrs Hudlass. ‘I can still picture her – and there was something about what she did that just grabbed me, and that ambition never faltered,’ she says.

Olivia has found Wyke friendly and welcoming and, she says, ‘staff are really keen to move the school forward. The school has always focussed on the holistic development of the child – not just the academic but the social and emotional as well, and I want to keep that going, as well as keep working on our results and maintaining our ‘Good’ Ofsted status.’
Although Olivia has only been at the school since January she has already instigated changes. The school’s vision has been written to emphasise the school community and its partnership between staff, parents, governors and the wider community. ‘We want to develop the children as global citizens – prepare them for life after school, give them a life-long love of learning as well as the skills to be successful people,’ she says.

A new Good Work scheme regularly recognises pupil’s achievements, children coming to Olivia’s office to receive a certificate, sticker and house point for ‘work that for them is good.’
A popular new measure has been the introduction of a short daily ‘Peer Massage’ session in which children, if they want to participate, massage each other’s back and shoulders. ‘It improves social interaction inside and outside the classroom, supports anti-bullying and empowers children to understand what is a right and respectful way to be touched, and to be able to say “no”,’ says Olivia. ‘It’s also well-known for focussing children’s attention, putting their head in the right place for learning. We do it after lunchtime and the staff say the classrooms during the afternoons are noticeably calmer.’

With an intake of 209 children Wyke Primary School is similar in size to Olivia’s last school although there, the children spoke over 40 languages between them. ‘At Wyke, we give children a global education through reading books from other cultures as well as having an understanding and tolerance of different faiths, so they understand they are part of the world and can play their part in keeping the world together,’ says Olivia.

Other issues are unchanged, however. ‘Schools are now more data-driven than they were before because of how we are judged,’ says Olivia. ‘If our data, our results, are not good, then we are not deemed to be successful. The holistic development of what we do is not re-emphasised by external forces but we believe that we must balance the importance of data alongside developing children to be successful citizens. Teachers should be held to account – we are here to educate children, but at the same time what teachers do to develop the whole child should be recognised.’
Safeguarding children is a major focus, as is teaching children to handle the modern world. ‘Today children have access to a lot of information and sometimes they’re not sure how to process it, which is where we come in.’ 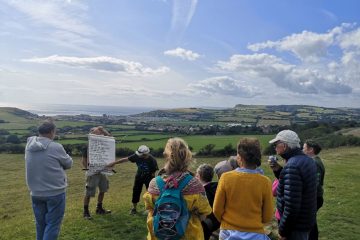